With the opening day of bow season quickly approaching everyone is confident that he/she will fill their tag on an early season buck. Sure, some will. However, if your game plan includes the following mistakes—you won’t.

The opening days/weeks of deer season revolve around one thing—food. And, for the most part, your best chances of success will occur in the late evening hours just before sunset. Hitting your treestand in the pre-dawn darkness with the zeal of a middle school boy attending his first homecoming dance will only cause more harm than good.

Early season hunts are a great way to get a head start on filling your freezer.

You see, no matter how early you arrive in the woods you’re likely going to bump the very deer you are hunting right off of the food source. This is especially true if you are hunting food plots or other agricultural food sources. Still, even big-woods bowhunters will have a tough time getting to the stand undetected.

Getting to the stand in the morning unnoticed can be done if you know the whereabouts of the bedding area and can come in from the back side and set up on a transition route. Even then you run the risk of bumping deer. Your best bet is to wait until midday and sneak in close to the groceries and plan an evening hunt.

Slacking On Your Scent Control

Early season means hot, humid and sticky hunting conditions. The result is an abundance of sweat. Sweat equals odor. Odor will kill your odds of filling a whitetail tag no matter what phase of the season you’re in. However, it’s more easily manufactured during the early season.

It’s no secret that scent control should be a staple of your overall hunting routine but in the early season it is perhaps more important than any other time. This is simply because of the high temperatures and the limited amount of clothing that you are wearing. 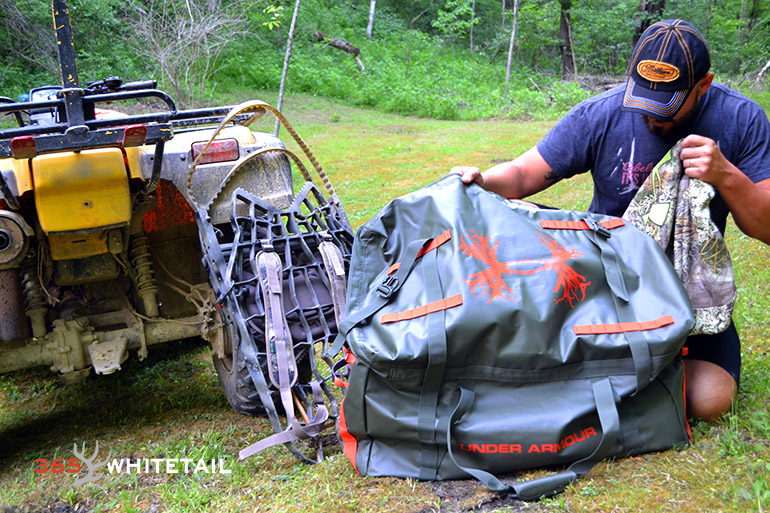 In other words, you’re going to sweat, a lot, and you’re not going to be able to hide it under 5 layers of clothing like you would during the cold conditions of the rut. Also, bucks won’t be running around in a wonder lust condition throwing caution to the wind in early/late September. Instead, they will be using the wind to the utmost as they make their way from bedding areas to food sources. Therefore, if you’re going to slack on your scent control (not that you ever should) the early season isn’t exactly the best time.

You Shot All Summer From The Ground

Unless you plan to hunt from a ground blind on opening day then practicing for weeks standing flat footed in the back yard can be counterproductive. In fact, doing so could cost you the buck of your dreams. Even worse, you could end up wounding an animal and never finding it. How?

You see, shooting from an elevated position presents all sorts of mechanical differences than what is required when shooting from the ground. For instance, bending at the waste in order to keep the angle between the eye and the peep sight consistent is crucial to making a killing shot from a treestand. 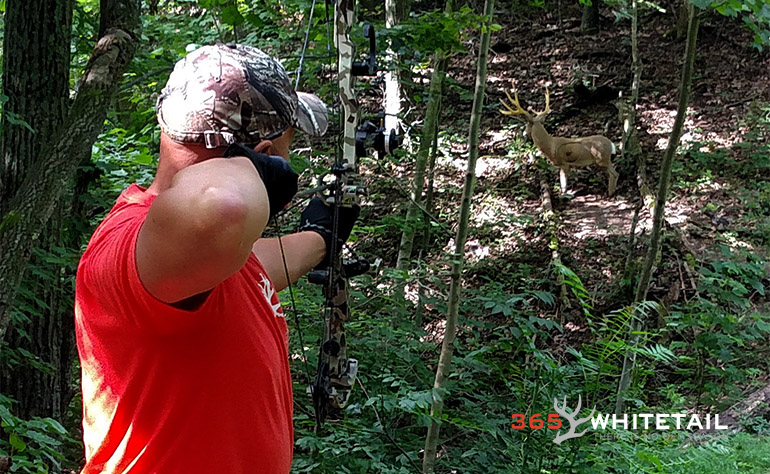 Hitting the 3D range with your buddies is a better alternative than simply standing in the backyard shooting arrow after mundane arrow into a blank backdrop.

In addition, arrow impact and shot angles change dramatically when shooting from above an animal as opposed to eye level. Only through “situational” practice, shooting from an elevated positions, can you see firsthand which angles present the biggest problems and which will lead to a short blood trail.

You Spent Too Little Time Scouting

Perhaps the best time to pattern a big buck is in the weeks leading up to opening day. Food dominates the thoughts of a deer at this time and they pretty much stick to the same routine unless an outside variable like scouting pressure or changes in food availability change that. 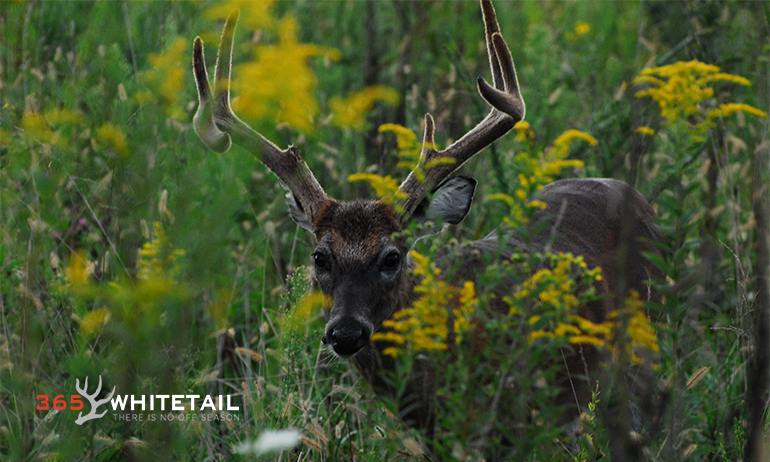 Spending time in the pool is great but summer should also be spent figuring out where the deer are feeding and bedding and when they are doing it.

Therefore if you’re going to scout then do it from a distance with quality optics. That will help you keep the element of surprise while still maintaining tabs on the comings and goings of the deer herd. If you hunt in a mountainous settings then trail cameras can be a good scouting tool. Just be sure to check them during the late morning hours when your odds of bumping into deer are the lowest.

Speaking of food sources it shouldn’t come as a surprise that if you don’t know the preferred food source of the deer then you probably aren’t going to be able to formulate a solid early season game plan.

It is important to stay one step ahead of the deer by understanding which food sources will be available not only when the season opens but in the weeks that follow too. This applies to those hunting over food plots as well as the hardwoods. 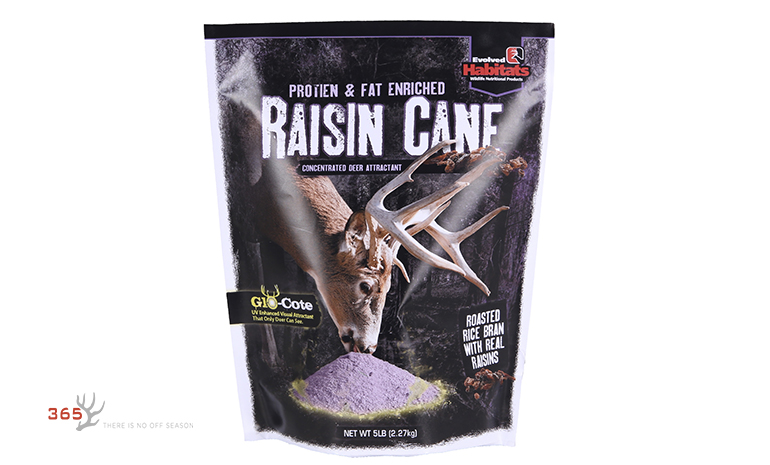 Attractants are a good alternative to bringing bucks in close when natural food sources are scarce or hard to find.

Those hunting hardwoods need to know the availability of mast crops as well as which ridges hold oaks that are actually dropping them. Also, the bounty of food plots can change depending on how hard they’ve been hit during the preseason and how the weather has affected their overall growth.

The bottom line…know your food sources and their conditions before the season starts not after.

You Dismissed The Attraction Of Water

Unless you’re hunting in areas that harbor creeks, streams or ponds, you really should consider the importance of a water source. Dry, humid conditions will certainly drive deer to any nearby watering holes. Setting up somewhere nearby can certainly be just as deadly as hunting over a food source given the right circumstances.

Hunting near food in the early season means you are going to get caught in your stand while deer are feeding nearby. How are you going to handle this situation?

One option would be to have a landowner or friend drive up (if your stand is on a field edge) and push the deer off of the food source once the sun goes down. This will take the attention off of you and place it on the unexpected intruder.

Another option would be to use a predator call to push the deer away. A little can go a long way so start off softly and if the situation demands it you can get a little more aggressive with your calling in order to achieve the results you want.

Checking Your Trail Camera Too Often

Trail cameras are a double edged sword. On one side they are an awesome scouting tool. On the other they can lead to tipping off the very buck you are chasing. However, that is usually the result of checking the camera too often in the weeks leading up to opening day.

If you know a good buck is using the area then hang a camera and check it once or twice and forget about it until you actually move in to hunt. Checking the camera might reveal the buck isn’t using the area any more but that is much better than pushing him out of the area because you bumped him going in and out to pull camera cards. 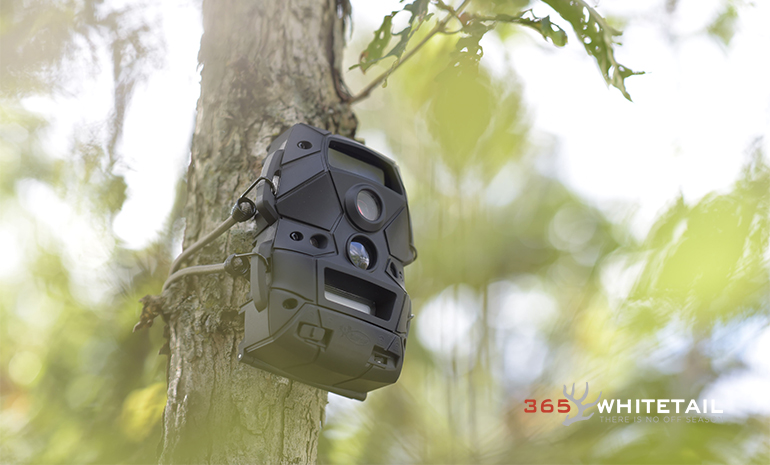 Scouting cameras are only helpful if their use doesn’t disturb the deer you are hunting.

Personally, I would rather adjust my stand sight simply because a buck is no longer there than have to do so because I spooked him. That is the surest way to never see him again. If you live in an area with good cellular service then one of the wireless scouting cameras may be just what you are looking for. If not, limit your trips in and out to view the images.

You Left Your Old Nocks On Your Arrows

This might sound petty but think about the beating your arrow’s nocks have taken over the course of a summer of hard shooting. That sort of beating will certainly take its toll not only your equipment but your shooting as well.

Certainly some of those ‘flyers’ you experienced on the target range can be attributed to worn out knocks. The last thing you want is to pull a ‘rogue’ arrow from your quiver when it’s time to make a shot in the field. Thus, simply buying a new set of nocks and installing them a week or so before the opener will tighten up your groups and boost your shooting confidence and we all know that a confident shooter is a deadly one.

You Didn’t Test Your Broadheads

Why go through all of the above steps and then miss your shot because your broadheads didn’t fly like your field points? The point is you shouldn’t.

And while poor broadhead flight can be attributed to many different things (one being the failure to Walk-Back tune your arrow rest) you’re never going to know your broadheads aren’t flying well until you shoot them. That shouldn’t be the first arrow you loose during the season. 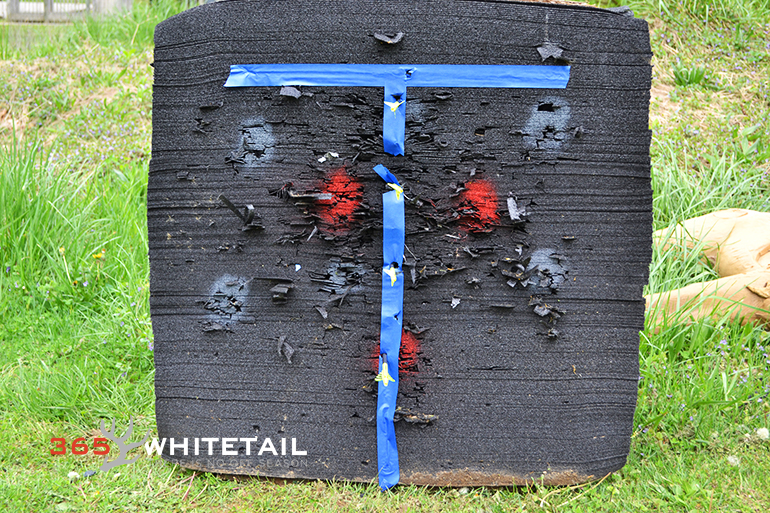 Walk back tuning is a great way to improve broadhead performance.

Make it a point to test shoot your broadheads (fixed or mechanical) before the season starts to ensure they are flying properly. If not, you could run the risk of blowing your one and only chance at the buck of your dreams.

The early season can be a great time to simply put some fresh venison in the freezer or arrow the buck of your dreams. It can also be a nightmare. The choice is up to you which scenario has the likelihood of playing out.