Some might be thinking, “Are you serious, you went to the 2014 ATA Show only to feature another grunt call?” “Aren’t there enough grunt calls on the market?”

Not like Duel Game Calls Stretchback Grunt Call. With its Dual Chamber Technology you can sound more like the real thing instead of a cheap imitation. The Duel Chamber Technology projects the sound of your grunt through two separate chambers. Why is that such a big deal? Watch as Weston Clark explains.

With the Duel Stretchback Grunt Call you can emulate more convincing and multidimensional sounds. Plus, the flex tube is made of soft rubber — not plastic. With this added feature you will not only produce more realistic sounds, but this call won’t make any unnatural sounds when extending or contracting the call during a calling sequence.

The Duel Game Calls Stretchback Grunt Call also comes with an outlandish guarantee. If you don’t think this call is the most realistic sounding and most effective call you’ve ever used, they will buy it back — no questions asked. Now that’s a guarantee. 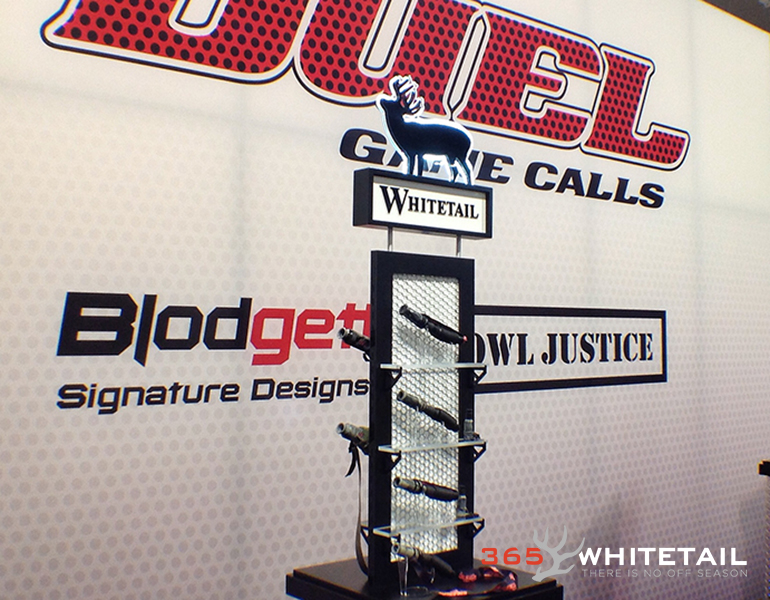