Day two of the 2015 ATA Trade Show began by shaking off a heavy dose of weariness. After a host of meetings and a late night made 4am seem to arrive way too early. After a few cups of strong coffee we headed to the Indianapolis Convention Center for another day at the 2015 ATA Show.

After attending the Target the Heart Prayer Breakfast we made our way over to Elite Archery so we could shoot a product video with the one and only Darrin Christenberry. When we arrived, the Elite Archery booth was filled with curious buyers wanting to know more about these ‘shootable’ bows that are quickly growing in popularity.

Elite Archery’s shooting station was also filled with those wanting to experience the ‘shootability’ of the 2015 lineup. It was here we found our good friend Mark Huelsing of Sole Adventure, and as one would expect, he was doing a stellar job at pointing out the unique features of each individual bow.

After a necessary detour, my son Austin just had to see Cameron Hanes, we continued our search for interesting and ‘out-of-the-box’ products featured at the 2015 ATA Trade Show.

One of our first stops was to see our friends at Dead Down Wind. As usual, an impressive array of new products lined the shelves. After getting a first hand look at their all-new UV Guard and how well it performed, I saw something even more impressive. (I was impressed because it puts money back into the bowhunter’s pocket.) 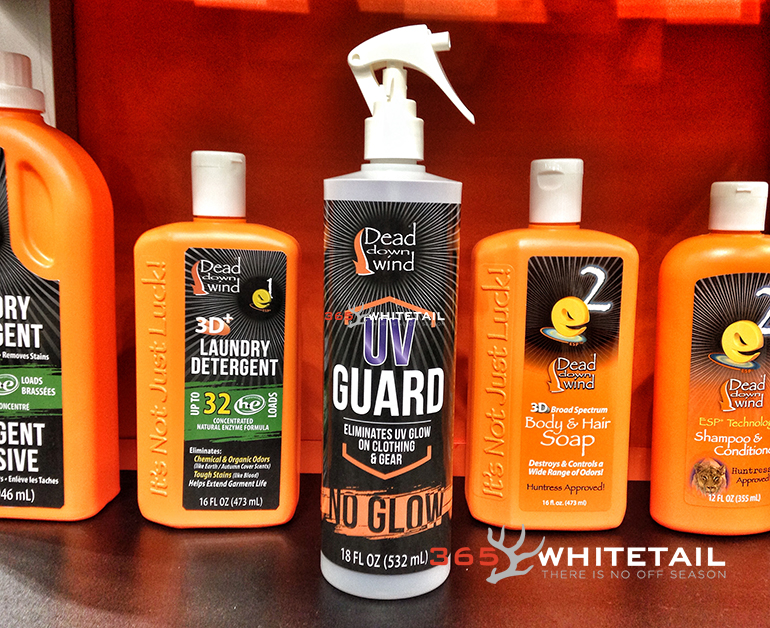 For 2015 Dead Down Wind is offering a $5.00 mail in rebate with each bottle of Evolve 3D+ scent elimination spray. It’s their way of saying thank you to those who have continued to support them over the last ten years. What an ingenious way to retain loyal customers. 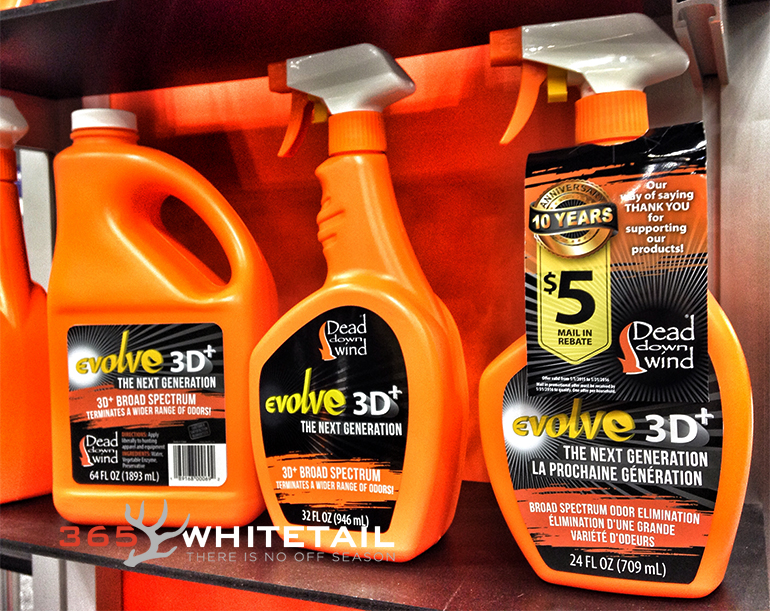 Day two of the 2015 ATA Show also found us checking out what new products Wicked Tree Gear had brought to the show. We weren’t disappointed.

For 2015 Wicked Tree Gear is offering an Ultra Light version of their pole saw. The Ultra Light Pole Saw offers a removable head which doubles as a hand saw. Available in both a 10-foot and 14-foot version, the 10-foot version will retail for $99.99 and the 14-foot for $149.99. 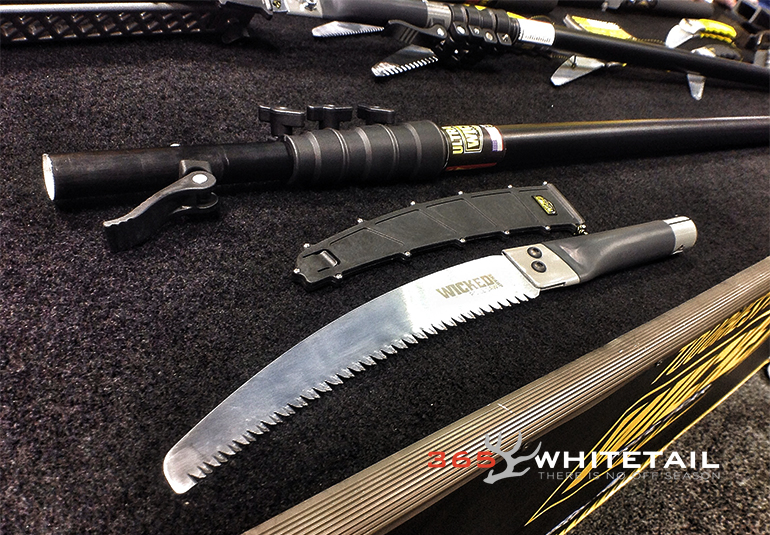 Wicked Tree Gear also showcased an all-new attachment for their original pole saw that will be a great addition for any serious bowhunter—its called the Wicked Utility Hook. The Wicked Utility Hook attaches securely to their Wicked Stick or Wicked Tough pole saws and is the perfect attachment when needing to push or pull a small tree when hinge cutting. Leave it to Wicked, they sure know how to climb above the competition. (Pun intended!) 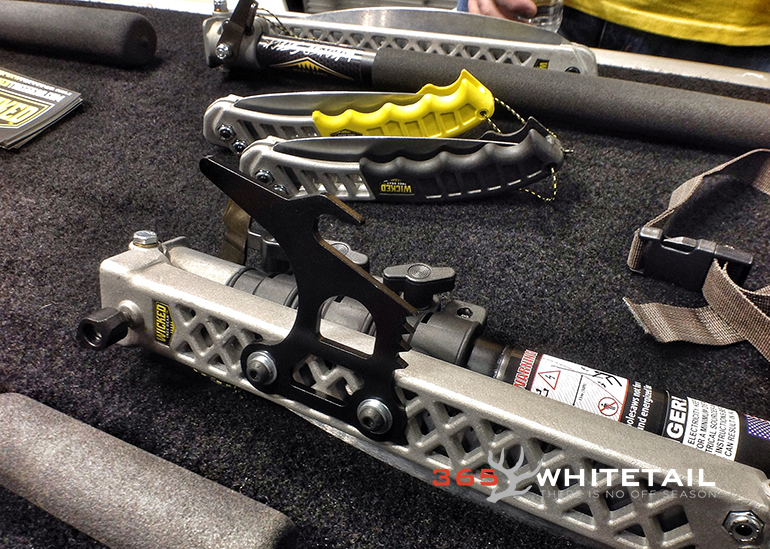 With a penchant for displaying antlers I wanted to stop by and see what new items Skull Hooker had brought to the 2015 ATA Show. Offering a unique way to display both skull plates and European mounts, Skull Hooker continues to offer innovative products year after year.

For 2015 Skull Hooker has released their Pedestal Mount. The Pedestal Mount allows a trophy to be displayed on a tabletop or desktop in classy fashion. Available in brown or graphite black finishes the Skull Hooker Pedestal mount is a great addition to any man cave or trophy room. 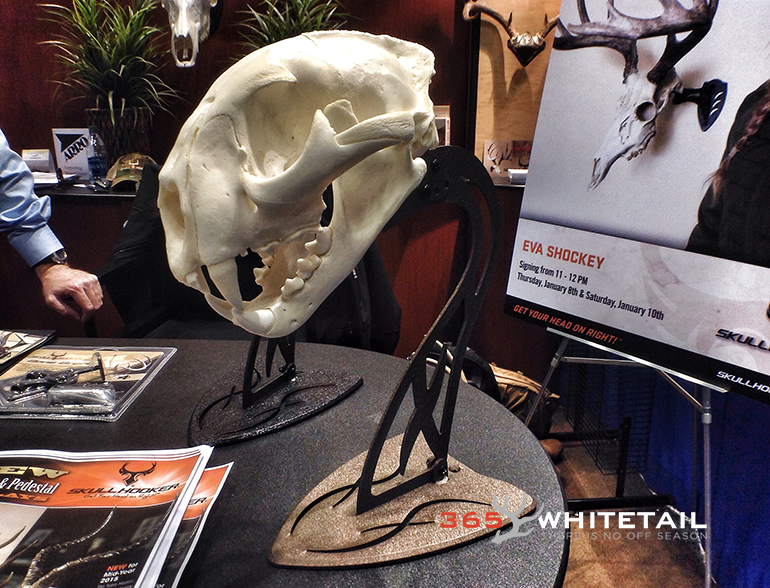 Once in a while you see a company that breaks the mold. And while I don’t use Slick Trick broadheads they do have a reputation for quality. Furthermore, today’s broadhead companies could learn a lot from their packaging. For 2015 Slick Trick is offering a Pro Pack, which includes 10 ferrules and 12 blades. How ingenious. It’s about time someone realized there’s no law that says broadheads have to be sold in packs of three. 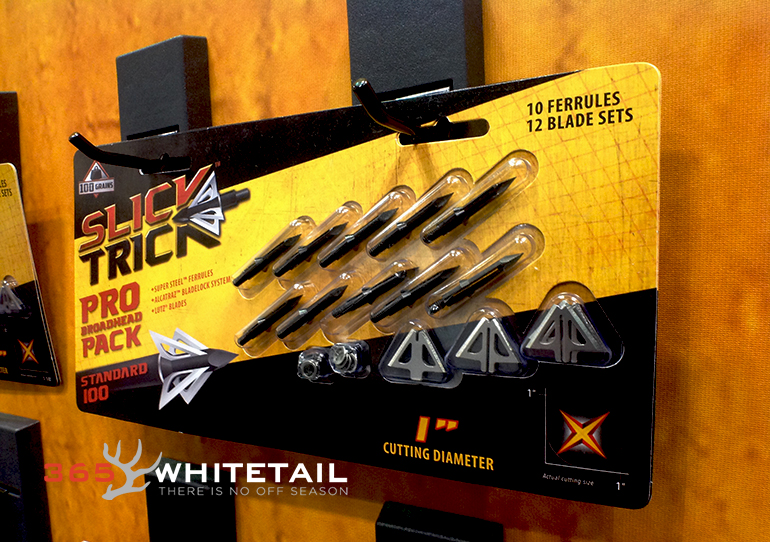 In the world of bowhunting bigger is often better. So to make sure your vacuum sealer won’t overheat when processing game, Weston Products has released the all-new Pro 1100 Vacuum Sealer. The Pro 1100 Vacuum Sealer is fan cooled, offers a fully adjustable sealing timer and even offers a manual mode that allows you to control vacuum pressure when sealing soft foods such as fish. The Weston Pro 1100 can seal bags up to 11-inches wide and comes in stainless steel for easy cleaning. This is a must have for anyone who’s in the market for a quality vacuum sealer. 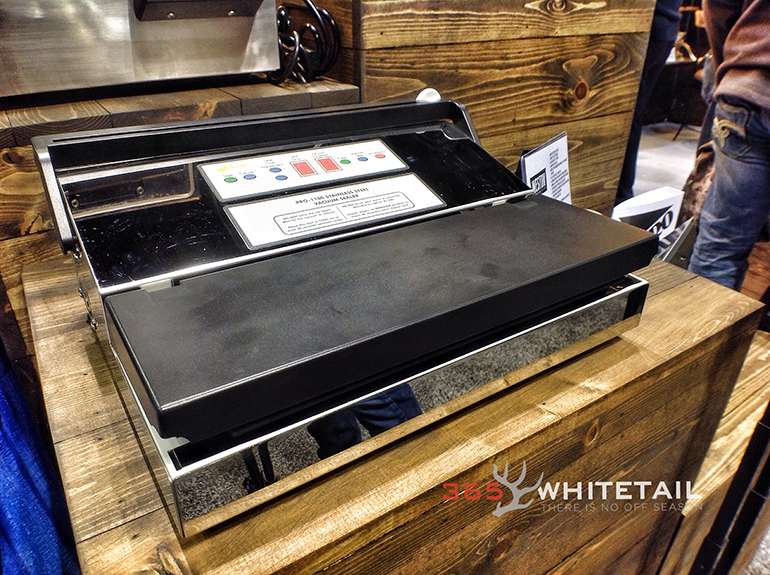