Anthony isn’t your typical 14-year-old boy—he’s a bowhunter from northwest Pennsylvania who enjoys spending time in the outdoors. Whether he’s chasing whitetails or groundhogs, Anthony can be defined as a true archery enthusiast.

Sadly, at only 14, Anthony is also well aware of the criteria set by keyboard cowards whose sole mission it is to bash anyone who kills a deer that falls under their minimum set of standards.

Recently, Anthony posted a picture of his latest bow kill (and biggest buck to date) in a popular Facebook group, which caters to archers and bowhunters. The few words above his photo spoke volumes, “Oh, ya got a big buck. No bashing please, I’m 14.”

As a father of three boys, the thought of those words infuriated me. No 14-year-old bowhunter should ever have to say, “No bashing please…” to a group of fellow bowhunters.

There’s only one person who sets the standard for what we kill—it’s the person doing the killing. To shoot or not to shoot should only be determined by the one (young or old) holding the bow. And only the one whose adrenaline is flowing gets to dictate if the antlers are ‘big enough.’

Anthony’s words made me wonder if we’ve placed more value on antler size than the sparkle in a kid’s eye? Those words also have me asking if we have become self-righteous antler elitists who can’t celebrate with a 14-year-old unless the kill is at least of Pope and Young caliber?

What would Fred Bear say?

There is one thing for certain—if Fred Bear were still alive he would be as enthusiastic about Anthony’s kill as if he had killed it himself.

And so should we!

May God help us to get off our ‘high (score) horse’ and realize what’s at stake here. The last thing we want to do is squelch a young hunter’s enthusiasm because their ‘trophy’ just wasn’t good enough to receive accolades. Our responsibility is to make sure we’re encouraging young hunters in every way we can.

Hunting is a tradition that must be preserved. But our attitude toward those walking in our footsteps can do just as much damage as those who are against hunting altogether.

Sadly, there have been other young bowhunters who were either embarrassed to post pictures in the same Facebook group, so their parents did, or they also have made comments requesting they not be ‘bashed’ for the size of animal they killed.

Am I the only person who thinks there is something drastically wrong if we are sending this kind of message to the next generation? It’s time we stop being ‘size snobs’ and celebrate with the Anthony’s of the world! 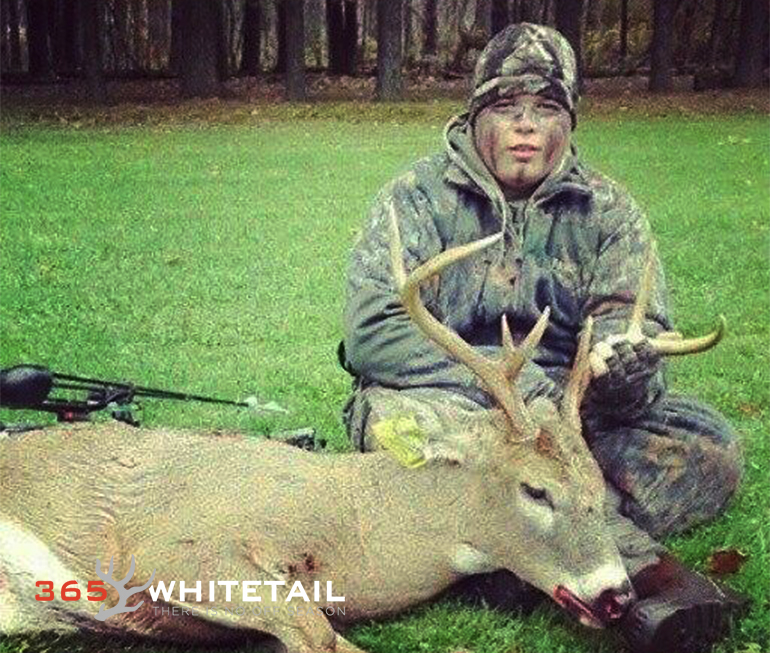 At only seven years of age Anthony experienced his first hunt. Since then, hunting has become his life. Anthony says, “My life is hunting when I’m not in school. I have hunted everything in PA except elk.”

In a little over three years, Anthony has taken three deer—two bucks and a doe—with his bow. He also enjoys the challenge of bowhunting groundhogs. Outside of a few trout fishing excursions in the spring, Anthony is a bowhunter at heart. With his Martin Nemesis 35 in hand, Anthony is part of a group of individuals who live for the next close encounter with some of nature’s most elusive creatures.

Obviously, he’s not a young man who deserves to be ‘bashed.‘

I challenge you to leave a comment and let Anthony know you appreciate his dedication and enthusiasm for the hunting tradition. Let’s pass on a little of what those great men before us handed down.