The pace at which friends can become enemies and partners become strangers, due to the size of an antler or some other pseudo hunting success, is downright astounding. 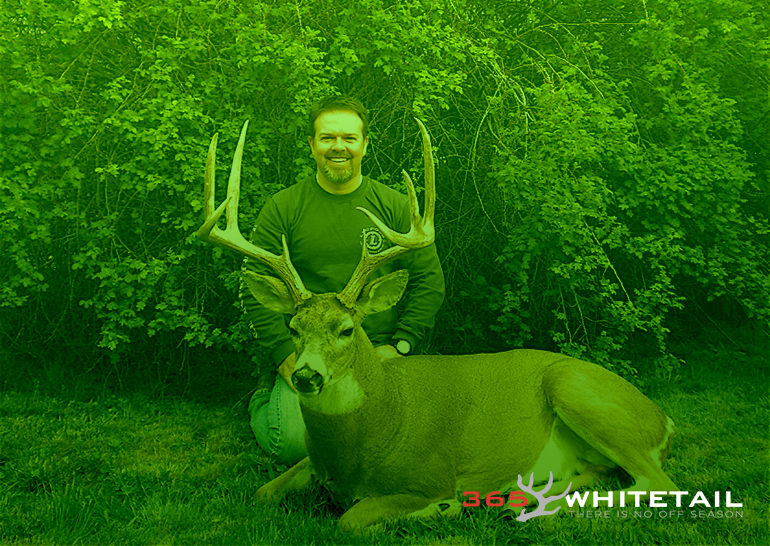 To think that a deer could distort someone’s reality to the point of forsaking a friend can only be described as absurd. The idea that an animal with bone on its head offers one the right to treat another with contempt is the epitome of insanity. But when a jealous bowhunter sets his eyes on a few minutes of self-promotion—it can happen.

Bowhunter jealousy is a sad reality.

Jealous bowhunters are all the same. As long as your so-called successes don’t outnumber theirs, they’ll keep their negative comments, barbed innuendos and double-edged tongue in check. If you’re not a ‘threat’ to their perceived domain or ego, friendships will continue and hunting property can be shared. But if your hunting opportunities, set of antlers or hunting gear is deemed bigger or better, someone who suffers from green-eyed jealousy will find every reason to ridicule and crucify.

But, have you ever stopped to think how ‘stoopid’ jealousy is? Stooooooopid with multiple o’s!

So What Are You Saying, Oh’ Jealous One?

I recently read a public comment regarding Cameron Hanes in which a jealous individual wrote, “The guy buys his clothes at Baby Gap. What is he 5’2?” What about the outdoor writer who penned, “Bulking up, Cameron Hanes-style, may impress the ladies and flabby desk jockeys, but is all show on the mountains.”

These comments took years of discipline and self-sacrifice to pen. (Sarcasm intended!)

If I had the opportunity to talk face to face with the jealous writers, I would ask why they wrote what they did? Did they really think Hanes would stop exercising every day because of the comments? Or were they suggesting if Hanes was 5’9 and weighed 340 pounds they would be impressed? Or just maybe they thought Hanes would revert to being ‘average’ if someone took the time to post something juvenile!

What was the purpose behind the public ridicule? What were they saying?

When bowhunters make snide remarks about one another what’s the point? When they downgrade bowhunters like Tom Miranda or Chuck Adams, what is the objective? Do they expect Miranda or Adams to take their trophies off the wall or give up bowhunting because someone’s jealous?

Why is it if someone gains a sponsor or gets paid to do what they enjoy doing in the outdoor industry, it invokes infantile comments. Even someone’s ability to buy a new bow can earn them a cold shoulder and a, “Must be nice!” Or how about when someone simply wants to share some hunting photos and receives the remark, “Do you ever work?”

Why would any bowhunter ever wish failure on someone who shares the same discipline? Jealousy is downright stoopid!

Be Your Own Man

It seems jealousy is a born out of insecurity and self-pity, but when it exhibits itself in gossip and slander it personifies immaturity. And this type of behavior has no place in the hunting community.

As bowhunters we need to be happy with who we are and be willing to celebrate one another’s successes. Everyone has strengths and weaknesses. All of us excel at something.

Does my lack in running, shooting, writing, hunting, or owning, mean I have a right to use a a jealous tongue to butcher those who are better than me? The answer is, no! Just because my personal achievements will not match those of Hanes, Miranda, or Adams does not grant me the right to be jealous.

If I allow myself to be governed by jealousy, I’m not only stoopid (with two o’s), I’m insane and will soon self-destruct.

When someone is a better bowhunter, archer or outdoorsman, why not be happy for him or her? It’s not a reason to demean them.

Be Happy For The Other Guy

Yes, I know stoopid isn’t spelled with two o’s. And neither is success.

You can’t be successful by being stoopid—or jealous. And you can’t promote this great disciple called bowhunting by being either. So, isn’t being happy for those who have more, know more, or do more, the right thing to do?

Bowhunters share a unique discipline that should unite us. Not divide us. We need to see our diversity, strengths and weaknesses as what balances out the team, not as detriments to the whole.

So get over it! Someone will always be better than you at something. Besides, what kind of a person wants to see someone else fail?