The thought of Spanish moss, pecan groves and cotton fields brought a smile. With final preparations made and dates set, it felt good to know we would be headed back to a favorite southern state, especially with a whitetail tag to fill.

The Indiana archery season had come and gone with little success. Having passed on some younger bucks in our home state, a chance to hunt Alabama during the rut offered another opportunity to harvest a mature whitetail.

With Alabama’s rut peaking in the month of January, we couldn’t turn down a chance to experience some whitetail rutting action. Having left the ATA Show a few days before, an invitation to hunt Alabama meant pointing our vehicle back towards Nashville to hunt one of our favorite places—Alabama.

So many have asked why I enjoy bowhunting Alabama. To be honest, it’s not all about the deer. Although I have seen some good bucks come from the ‘Heart of Dixie’, there is more to bowhunting Alabama than just a set of antlers. 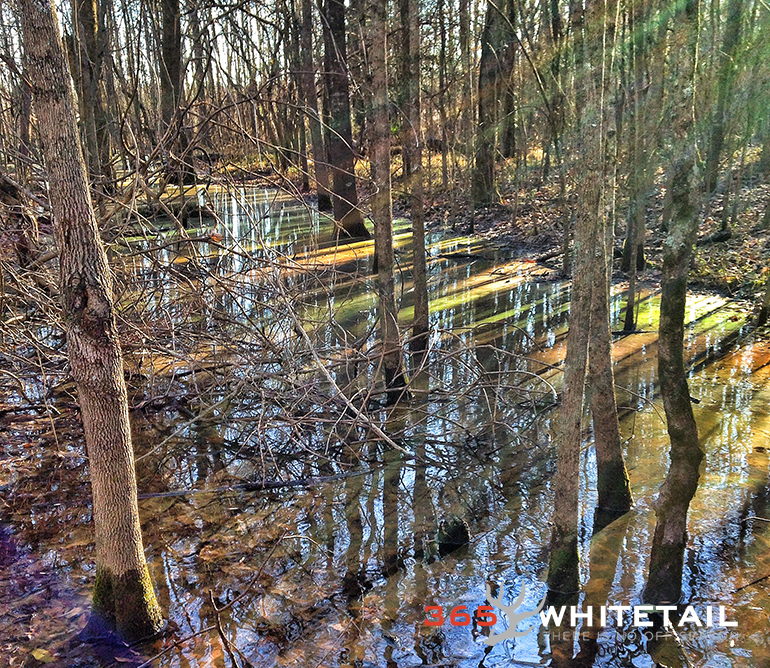 For those of us born and raised north of the Mason-Dixon line, there is a mystical culture shared by our Southern brothers that is almost hard to explain—but thoroughly enjoyed once experienced. Each opportunity I’ve had to share in Southern hunting culture has only enriched my appreciation for deer hunters of all traditions.

The South abounds with euphemisms, clichés and figures of speech. While in a Southern hunting camp, hardly a moment passes without someone weaving a one-liner that has the entire camp smiling. You might hear things such as:

“That climber sounded like it was made of bell clappers!”
“That’ll butter yur’ biscuit.”
“That’d knock yur’ hat in the creek.“
“He was on that deer like a duck on a June bug.”
“You can’t eat tracks n’ blood soup.”
“If you can’t pat’m on the butt you missed’m.”
“Cheapest part of the hunt is the shell.”
“There ain’t nothin’ wrong with yur’ gun!”

Evenings are filled with each hunter narrating the day’s events or lack thereof. The camp scene might depict some hunters sitting on the edge of their bunks, others sprawled on chairs, and the rest standing with arms folded. With a straight face someone will start a story. As they speak, the eyes tell more than words. 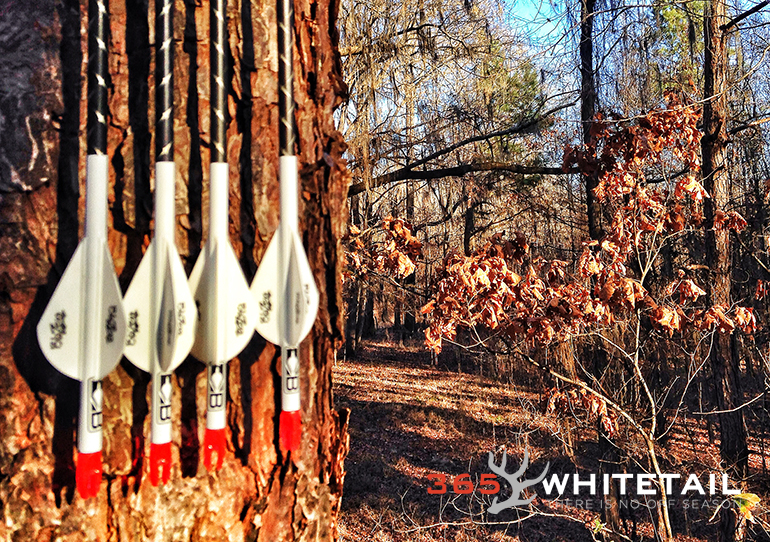 Spreading over the faces of fellow hunters will be signs of disbelief mixed with an appreciation for a well-woven tale. Although most will have heard the story a dozen times or more, when the story-teller finishes the room will be filled with laugher. Tailored from a hunter’s imagination going wild in the swamp, to an owl scaring the ‘begeebers’ out of someone, or buck fever getting the upper hand—a Southern hunting camp cannot be topped for good stories.

Few can tell a hunting story like a Southerner. Say what you want, they have a gift. Analogies mixed with quaint cultural twists make even the harvest of a small buck an extreme adventure.

Although I have learned to wear the tallest boots I own, (and not because of the swamp) I have come to greatly appreciate the culture of a Southern deer camp.

Hunting Alabama wouldn’t be complete without mentioning the food. Few things compare to Southern style cooking. The fine folks in the South can fry anything and make it taste like it came from the kitchen of a 5-star restaurant. The arteries might complain but the taste buds enjoy it.

Where I currently live it’s hard to find good Southern fried catfish, but a trip to Alabama meant a chance to get caught up on fried catfish and some delicious barbecue. From hole-in-the-wall barbecue joints to locally owned and operated restaurants, experiencing the local cuisine is all part of the Alabama experience.

Of course there is the added bonus of fried pickles, sweet potato casserole, corn bread, plenty of butter and lots of gravy. Like they say in Alabama, “You can put gravy on a golf ball and make it good.”

Mix in some Southern hospitality, and you have the ‘fixin’s’ for a good time. 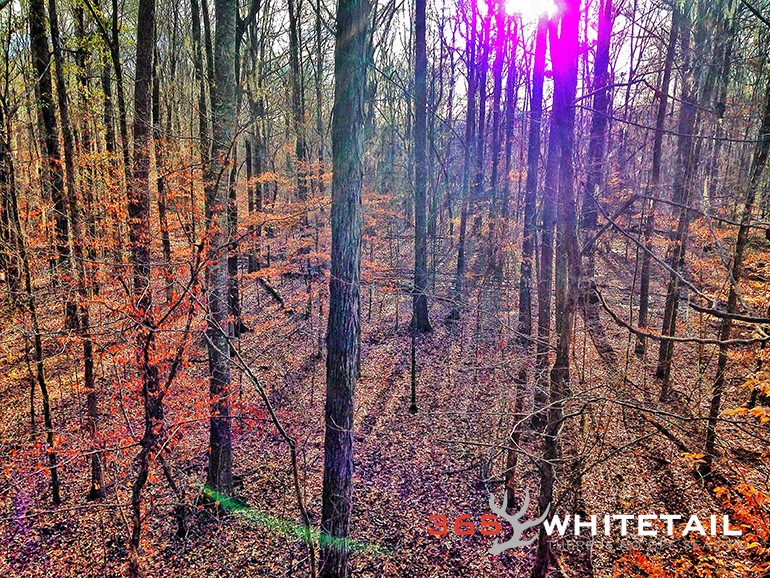 With temperatures climbing into the 50’s it’s hard to beat Alabama in January. Most days begin with crisp cold air but warm relatively quickly. By noon the chill can be gone and the sunshine is a welcome friend. While friends and family back home are snowed in or complaining about the cold, bowhunting Alabama offers a nice break from the frigid air.

Although I had to break ice a couple time while getting to my stand, Alabama usually offers a mild climate for the avid bowhunter.

Maybe I’m getting old, or maybe I’m maturing—I’d like to think the later. Whatever compels me to head south in January gets stronger each year. With affordable tags and a long season, Alabama is quickly becoming a favorite January hang out.

Although had a memorable time with new and old friends and made some great memories, we returned with no antlers in hand. If the moon would have been cooperative, maybe we could have told you a hunting story in true southern form. Nevertheless, Lord willing we will return next year. 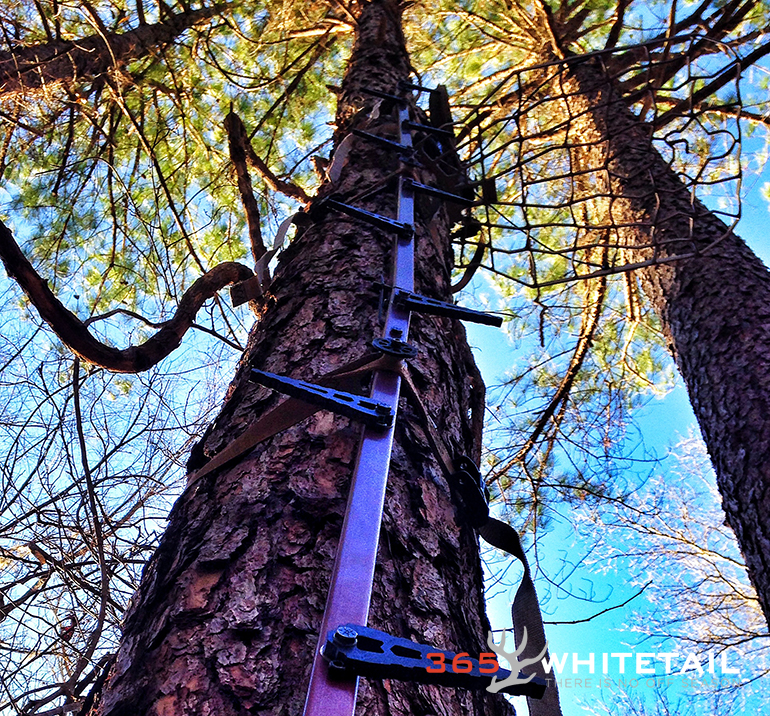