Are these just slogans that make for cool looking hats and great looking t-shirts? Or are they mantra’s that can make a difference in how we think?

It depends on whether you think Cameron Hanes is crazy or correct.

In a world where men and boys are told to go with the flow; don’t tell me that Cameron Hanes is crazy. As a father of three boys, I want my sons to have men they can look up to who love the outdoors, work hard and promote personal achievement.

In a day when twerkers and twerps are promoted and manliness is taunted, we need more individuals like Cameron Hanes to remind our kids what the rewards of hard work look like. 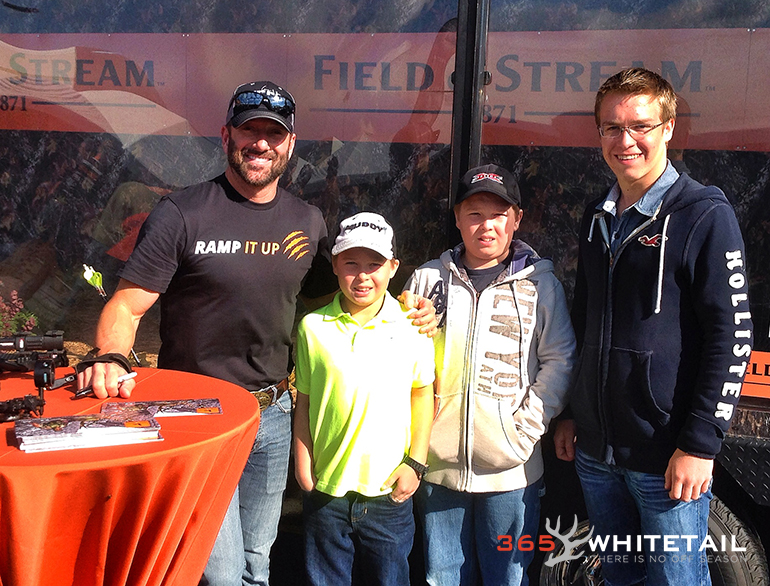 So what makes Cameron Hanes so inspiring to my kids?

Some might say success. Others might say ability. But is that really what makes the man? Is success the end all? Are trophies on the wall and being able to count your abs, the end? Is ability the real contributing factor here?

Or is it… belief.

A belief powerful enough that it took a no-name from Eugene, Oregon and made him a household name in the hunting industry. A belief strong enough that it enabled a nobody to become an elk hunting legend. A belief that continues to push Cameron Hanes beyond what he thought was possible.

My boys are inspired by his believing.

Through Cam, my kids see that belief can still build an icon and belief is still the most powerful thing in the universe.

Anyone who promotes belief in God, belief in one other and belief in ourselves, isn’t crazy. They’re correct.

Cameron Hanes belief has influenced my kid’s grades. Cam’s attitude has inspired my kids to get off the couch and be active. Cam’s drive has made them aware that extra effort has its rewards.

You’ll have to answer for yourself, but I’ve come to the conclusion that Cameron Hanes isn’t crazy — he’s correct.

4 thoughts on “Is Cameron Hanes Crazy Or Correct?”