Home / Bowhunting / Don’t Get Lulled Into An October Lull

Whether the so-called ‘October lull’ is supported scientifically or only pragmatically doesn’t change one simple fact—finding mature bucks during mid-October can be a challenge.

And while mature bucks may not be capable of a mimicking David Copperfield, or his ability to make items disappear, they can give the impression of being the world’s best illusionists this time of year. 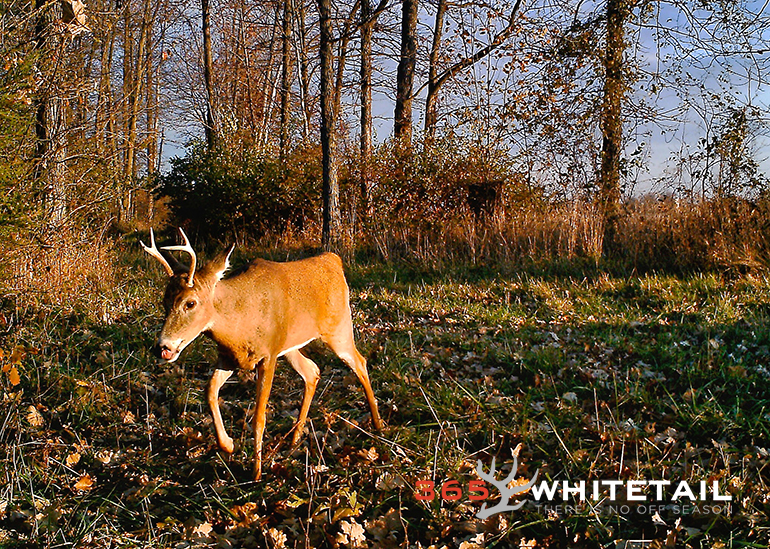 Rising testosterone, changing food sources and the relocation to fall ranges can often result in what is termed the October lull. During this time sightings of mature bucks seem to decrease and hunters are tempted to believe the only deer on their property are anything but mature.

Don’t Get Lulled Into An October Lull

A lack of mature buck activity can be psychologically irritating. Sitting in a stand day after day with no mature bucks in sight can play havoc with a positive mindset.

In response to this frustration a bowhunter can be tempted to overreact. He or she can lose heart and begin to believe a well-planned hunting strategy isn’t working because, “…there aren’t any shooter bucks around here.”

But this is no time to develop a lackluster attitude.

Every winner knows game day is played in the mind long before entering the field. Winners also know better than to entertain a single thought of losing the game.

As bowhunters we need to be careful of allowing negativity to control our actions. A ‘there’s no bucks’ attitude can lead to carelessness. And carelessness can lead to your hunting season ending with an unfilled tag.

In contrast, embracing ‘a mature buck could show up any minute’ attitude might not make a buck appear out of nowhere, but it will help you stay focused on both the details and the goal.

Our attitude often determines the outcome. And this certainly applies to bowhunting during the October lull.

During this time of year I’ve seen hunters develop a loser’s attitude, which resulted in them throwing caution to the wind. (Pun intended!) Out of desperation to ‘kill something’ these hunters decide to hunt when the wind wasn’t ideal. They started taking shortcuts back to the truck instead of using the most concealed entry and exit routes. They walked directly in game trails and left traces of scent for every deer in the area to smell. And instead of being stealthy while approaching and leaving their stand site, they were careless. All because of a ‘…there’s no bucks here’ attitude developed during the October lull.

Ditching what was a sound strategy because of a lack of big buck activity will only make the bowhunter his or her own worst enemy. And reacting with a down-in-the-mouth attitude can only accomplish one thing—serve to educate a mature buck and increases the odds in the buck’s favor.

Scent control, hunting the wind and being careful when going to and from your stand can prevent a mature buck from knowing he’s being hunted. Attention to detail is a must, even during the so-called October lull.

This is not the time to become lulled into forsaking the small details that can diminish risk and increase reward. 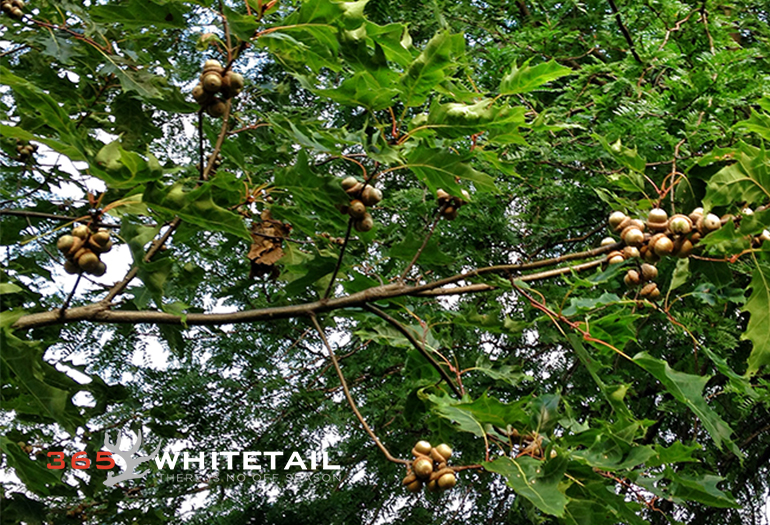 Snap Out Of It

If the October lull has you lulled into believing the worst possible outcome for your hunting season, get your head back in the game by reinforcing your strategy.

This has been a cool summer and as a result there is plenty of browse. There is also a surplus crop of hard mast this fall. Combining these two facts is an indication that as soon as the row crops are harvested, deer will have little reason to travel any distance to find an ample food source.

Potentially, does (and bucks) will be found much deeper in the timber this season. On one of our farms we are already seeing deer beginning to key in on hard mast. And this is happening in an area where there is plenty of standing corn.

We are seeing this happen on new property that features deep ravines and short ridges. As a result of both deer behavior, and getting the property shortly before season, we are studying topographical maps and satellite images to find every possible oak flat on the property. For in just a few weeks, I believe the oak flats could be key to us killing a mature buck.

Take this time of year to prepare, adjust if necessary and regroup. God forbid you have to move a stand, but if the does are relocating you’re not left with much of a choice. In a few weeks the bucks will be seeking doe groups and you want to be where those doe groups are.

While much can be said regarding the October lull, the bowhunter cannot afford to get lulled into believing anything other than a positive outcome for his or her hunting season.

Keep the faith November isn’t too far away!