Elk hunter extraordinaire and extreme athlete Cameron Hanes often quotes, “We are what we think.” Even the Bible says, “…as a man thinks, so he is.” Medical science concurs with this fact and has determined that there is a definite mind-body connection. If our thinking affects our actions, then mantras are important. In critical moments, mantras reinforce concentration, help to eliminate stress and serve to steady our nerves. These mantras can be nothing more than short sayings that bring focus to the mind and motivation to the will. 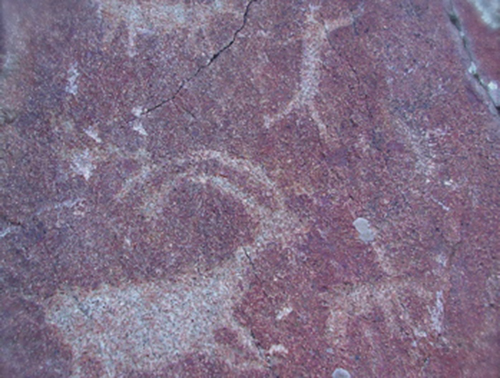 Host of Easton Bowhunting TV and traditional archer Fred Eichler recently shared one of his mantras. Fred found his mantra through renowned bowhunter Chuck Adams. Fred said even after years of hunting success, he still experiences a host of emotions when coming face-to-face with the hunted animal. His adrenaline starts to flow, his heart races, and his breathing gets heavier. In that moment he brings his mantra to mind and tells himself, “It ain’t gonna happen.” A simple but complex mantra. These four words have repeatedly helped Fred rid himself of anticipation, settle his nerves and make the shot on numerous trophy animals.

One would think that the likes of Fred Bear, Chuck Adams or the ‘motor city madman’ Ted Nugent would be free from the need of a mantra. Their experience and expertise would seem sufficient for any given hunting situation. In reality most successful hunters have one or more mantra’s. We would expect nothing less than a colorful description from ‘The Nuge’ of his shot saving mantra:

“As a mind clearing, calming, verbal mantra, throughout the shot preparation and sequence, I slowly say the sign of the cross, my little projectile management prayer. Eventually I staggered the prayer to coincide with stages of the shot procedure. As I concentrate on the “spot” I want to hit, I lift my bow into actual sight picture shooting position and say, “In the name of the Father”, then as I begin to draw, “And of the Son”, then when I come to solid anchor and my eyes are riveted to the exact point of desired arrow impact, I say, “And of the Holy Spirit,” finally I begin to tighten my back muscles, and at “Amen” I touch her off.”

Ted’s mantra may bring a smile, but what matters most are the results. Mantras are developed for a specific outcome. Whether focusing your mind or calming your nerves, your mantra can help pull you through a critical moment.

Here are three mantras that can be adapted to various hunting situations.

1. “It only takes five minutes”

Sitting all day with little or no deer activity can be wearisome, especially when the weather is less than favorable. Incorporating the “it only takes five minutes” mantra into those moments can help bring reality to your weary mind. If fighting the urge to bail out of the cold and go home, divide each hour into 15-minute segments. Begin each segment with a new hope that your trophy will show up in that 15-minute period. Focus on the truth of how long it takes for a deer to appear under your tree stand. You may sit there all day waiting for an opportunity, but when presented with a shot opportunity, it can all come together in five minutes or less.

There are no magic words to make a deer appear but there are helpful words to dwell on when our minds are weary and bodies tired. Continuing to believe that the opportunity will present itself just might be the very thing that puts you in the right place at the right time. Use this mantra to encourage yourself to hang tough. The trophy of a lifetime just might show up in a matter of moments.

SWAT teams, elite fighter units, and law enforcement officers have mastered the art of remaining calm during an adrenaline dump. Retired Army Lt. Col. David Grossman, who has trained thousands of those who put themselves in harm’s way, continually stresses the importance of proper breathing. “The more excited or stressed you are,” he explains, “the quicker and shallower your respiration will be and the higher your blood pressure and heart rate will jump. Too many people live in this state of alert, which compromises physical and mental performance.”

When a twig snaps, the leaves crunch, or we see a flicker in the brush, most of us have a tendency to breathe faster but much more shallow. When that elk or deer finally steps into the shooting lane and we receive an adrenaline dump, our breathing becomes even more rapid. Incorporating the “breathe, it’s only a deer” mantra can help to keep you breathing deep, your blood oxygenated, and benefit your nerves for a proper shot placement.

Stories abound of dedicated hunters who, when coming face to face with a trophy buck or bull, completely blew the shot. Even though they had practiced, were very capable, and had previously been successful, they simply focused on antlers and not aorta. The ‘pick a spot’ focus had not become second nature. When you determine the deer or elk is a shooter, immediately stop looking at what he has for headgear. Engage this mantra in your mind and repeatedly tell yourself, “don’t look…pick a spot.”

Keeping a razor-sharp focus during crunch time is a matter of disciple. The “pick a spot” mantra should bring your focus down to single animal hair. This might seem extreme, but success rest in the hands of those who are willing to do whatever it takes to achieve it.

Having a hunting mantra might seem a little bizarre, crazy and even humorous. Your mantra is not something that has to be shared and varying personalities will tailor the mantra to what works for them. Sayings as strange as “jelly beans” and “I’m Randy Ulmer” have been the seldom-admitted mantras of the successful hunter. Whatever mantra you incorporate into your hunting experience will have to suit and benefit you. Albert Gray said it best, “The common denominator of success lies in forming the habit of doing things that failures don’t like to do.”