It was on a cold December evening when this buck first introduced himself. Standing in corn stubble 80-yards from our treestand, he made his acquaintance as only a mature deer can do.

It was one of those moments that will forever be etched in the memory. Guessing him to be only a 3 ½ years old, I was excited that our new hunting property had this kind of genetics.

My son named him Hannibal

We noticed right away that in several of our Covert trail camera photos Hannibal walked with his head all the way to the ground. Honing in on this anomaly we went back through the camera photos and realized he is blind in one eye. It was this characteristic that earned him the name.

At the end of the 2012 archery season we spent a considerable amount of time trying to locate Hannibal’s sheds. Although we were unable to locate his sheds, we were able to locate his staging area and main travel corridor. We have concluded that Hannibal lives in a rather dense area on an adjoining piece of property. We have yet to be able to get permission to hunt this property but know that Hannibal travels onto our property frequently.

Our pre-season strategy for this year was to simply stay out of Hannibals core area. We thought it best to hang trail cameras around the perimeter and see if we could catch a glimpse of him, which we did. 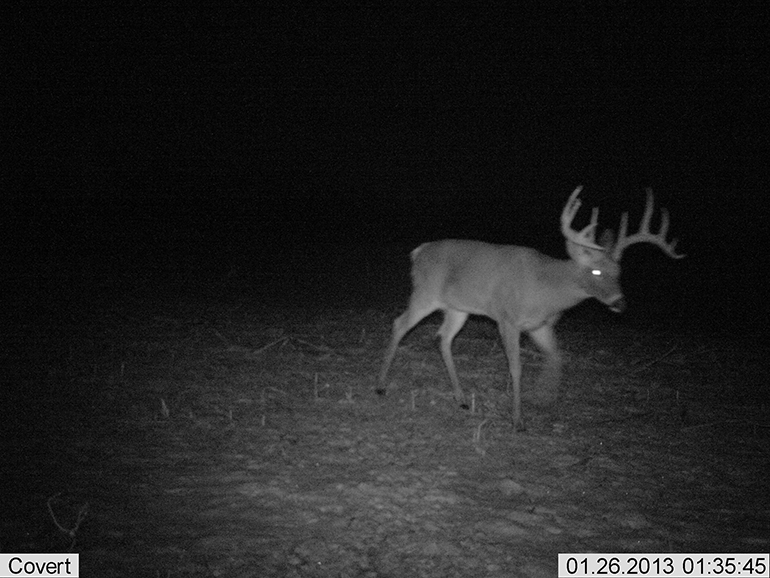 In July of this year we found a trail camera photo of a buck running through the soybeans. It was toward evening and the Covert trail camera had captured an Indiana sky contrasted with the verdant green soybeans.

For fun we threw a filter over the photo and much to our surprise, there was Hannibal. It was an exciting moment and Hannibal moved to the top of the hit list.

Our strategy for this year will be to only hunt Hannibal when conditions are perfect. We will be reducing the odds of failure by paying attention to the moon phase, barometric pressure, humidity and of course wind. Named after a military commander who was a genius at determining his opponent’s strengths and weaknesses, we know the quest for Hannibal will demand a fail proof strategy. 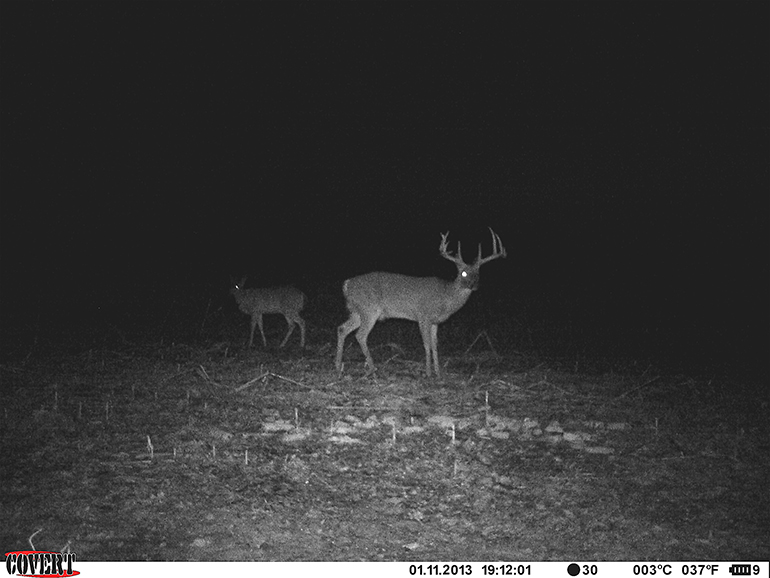 Whether or not we are able to harvest Hannibal, it has been an exciting pre-season of wondering if he was still alive and when he would show up. Hopefully, our strategy works and we can close the deal on a truly majestic creature.