Ole’ Murph and I have never got along. As much as I enjoy visiting with people, Murph’s not one of them. I genuinely try to befriend everyone, but Murph doesn’t quite make the ‘everyone’ list. Ole’ Murph has made my life downright miserable one too many times, therefore I ignore him like the plague.

But Murph hasn’t caught on.

He still shows up at the most inopportune times. And he always wants to slow me down, stall me, irritate me, or break something of mine when I need it most. Murphy is an expert at being a pain in the gluteus maximus. In case you haven’t caught on, being an absolute nuisance is the only thing Murph is good at. 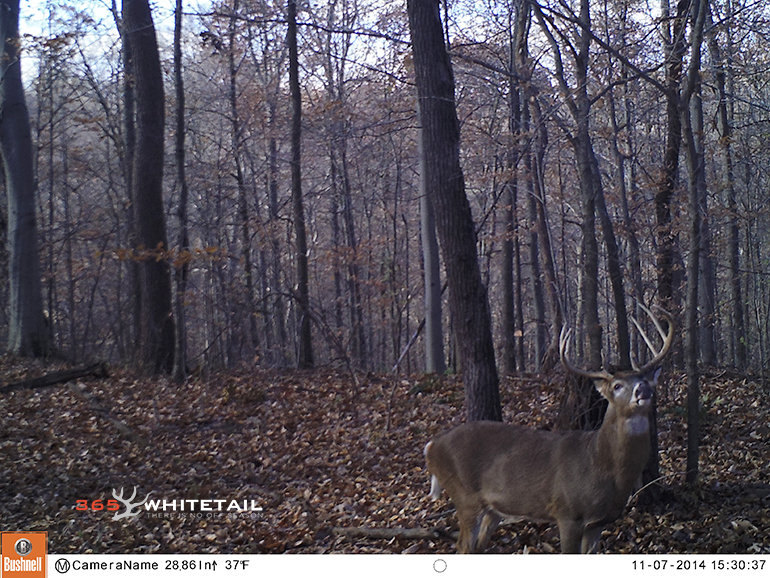 I have no idea where Murph came from. All I know is he’s been around for a long time. My grandfather is in his mid nineties and he had a few run-in’s with ole’ Murph over seventy years ago.

Unfortunately, I ran into Murph again this year. He got as close as I’ve ever seen him—15-yards to be exact. And today I despise him more than ever. If he wasn’t so good at appearing and disappearing, I would have made sure he got a good education on just how unwanted he is.

Over a week ago I had an encounter with a buck we nicknamed ‘Skinny.’ This buck earned the name from being tall but lacking mass. I had decided early on to put Skinny on the hit list. Only because if I didn’t the shotgun hunters would and I don’t have control over the other guys who hunt this same property. So when Skinny showed up and bedded only 20-yards away, I knew we were in for a good day. 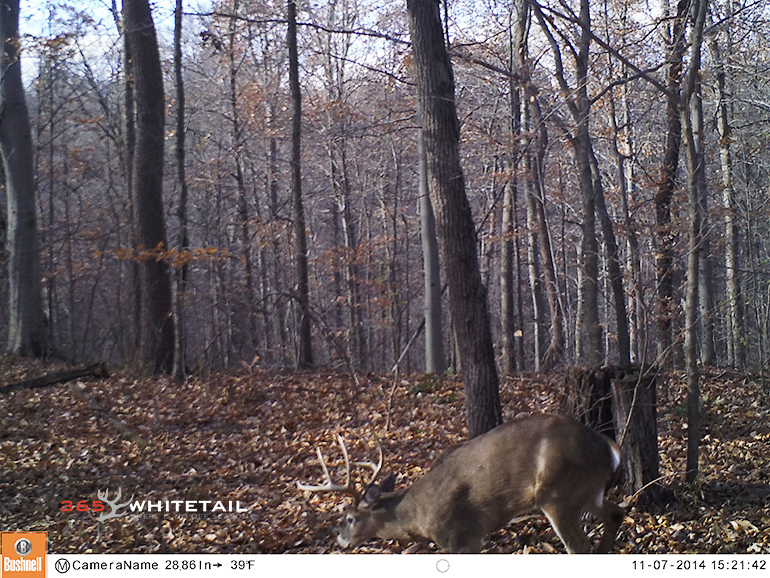 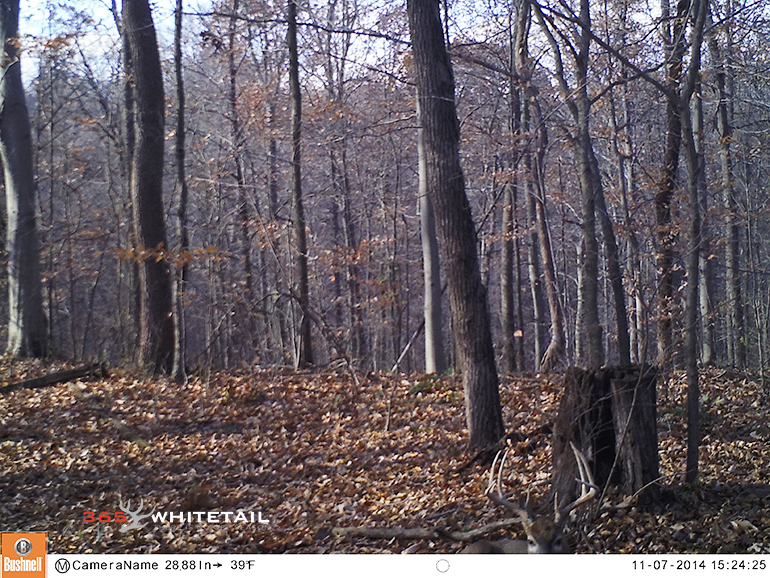 But then my archenemy showed up. I couldn’t believe it. That old codger hiked three quarters of a mile just to pester me. First, Murphy convinced Skinny to lay down behind three trees. What a nemesis! If Skinny had walked just a couple yards in either direction I would have had a shot.

But that’s not all.

For over 40-minutes I had to watch Skinny’s shadow. Every time his antlers moved it looked like 300-inches of bone stretching over that bed of leaves. And while Murph kept tantalizing me, (he can drive you nuts) I tried to remain positive knowing Skinny would certainly get up and move to where he could scent check for does—but he didn’t.

Ole’ Murph had slipped in behind those three trees and convinced Skinny to go the opposite direction when he left the bed. Furthermore, Murph got in that buck’s head and told him to circle behind my stand instead of going the direction I had expected him to go. 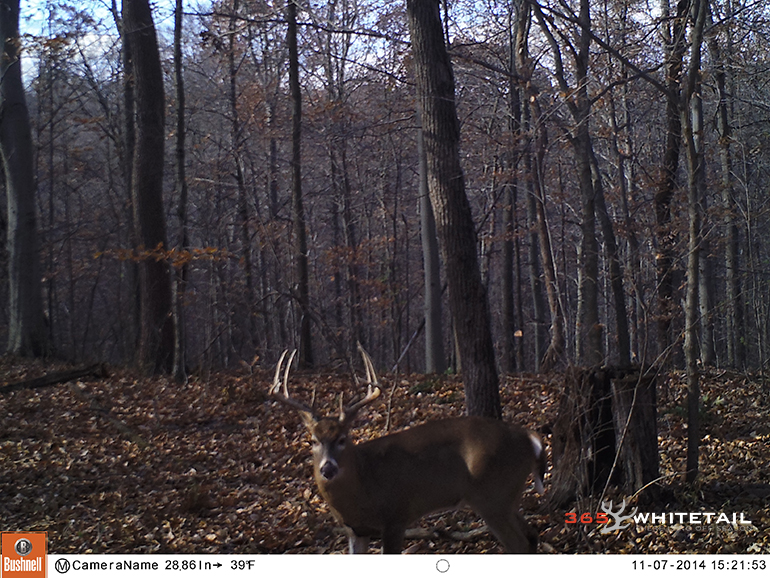 By the time I could discreetly turn around, I had one small hole to shoot through. And you guessed it, Murph stood there thumbing his nose at me as two small limbs rested right over Skinny’s vitals.

The only thing I have up on ole’ Murph is eyesight. Must be due to his age, but he didn’t notice my trail camera was right in front of where Skinny bedded. So I have all the proof I need that ole’ Murph is the culprit.

So here’s my offer. If you’re lacking excitement or disappointment in your hunting season, invite ole’ Murph to hang out with you for a while. I’m sure he would be happy to spend time with a new ‘friend.’