With the whitetail season well behind us it is time to start thinking ahead to opening day 2015. Hey, it’s not called 365 Whitetail for nothing. You see, if you want to be consistently successful chasing mature bucks—there really is no off season.

Besides, there’s no better way to spend these bleak, cold days of winter than developing a red-hot plan for next year. Here are a few of the areas I like to concentrate on immediately after the season comes to a close.

If you found a great spot during your in-season scouting sessions now is a great time to return with a permanent stand. This will free up space and weight allowing you to move quickly and quietly through the timber when the time comes to hunt.

If you’re like me then you probably have more than a few treestands hanging in the timber. If so, there is a good chance that some need to be tweaked. This could mean moving them 50 yards or just a few. Either way, stand locations can always be fine-tuned. I was callously reminded of this fact just a few short months ago I after hung a stand in a new area of my hunting ground.

After hunting it a few times I realized that it was out of position just ever so slightly. However, every time I sat in it I encountered bucks moving through the area. Thus my hesitation to move. A few weeks later, when the giant ‘mountain’ buck I had been chasing for two months walked out of a nearby thicket and looked directly up at me I realized the cost of my mistake. The worst part is I knew better. The lesson: Use this time to fine-tune stands.

The same goes for trail cameras. Sometimes cameras don’t tell the whole story simply because they are not in the position to do so. If you’ve noticed deer using a particular part of your hunting area and you don’t have a camera hanging somewhere nearby now is the time to start looking for the perfect tree. This may take some trimming of nearby brush so by doing it now you lower the risk of disrupting the local deer.

Speaking of reducing your disturbance, now is the perfect time to crash through a suspected big buck bedding area. You see, by the time hunting season rolls around, old’ Mossy Horns will have forgotten about your intrusion but you will be all the wiser regarding his hideout.

This is also a great time to be scouting out preferred travel routes to and from bedding as well as feeding areas. Better yet, look for locations that might harbor bucks during the rut (like doe bedding areas). 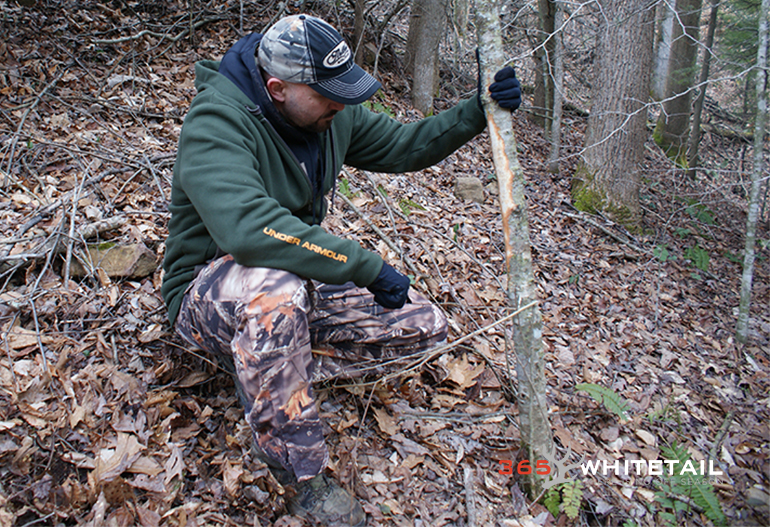 There is always something to learn in the deer woods and every piece of the puzzle you discover brings you one step closer to success.

You might not chase whitetails in rugged terrain like I do but that doesn’t mean you should neglect your conditioning. Aside from the natural benefits that accompany living a healthy lifestyle, getting in shape will definitely help you overcome the obstacles that all whitetail hunters face.

I believe it is much easier to hit the hills day after day, hang and rehang treestands, scout for new areas to hunt, climb tree steps in frigid temps or ultimately drag out your trophy buck when you’re in good physical shape. Who can argue with that? 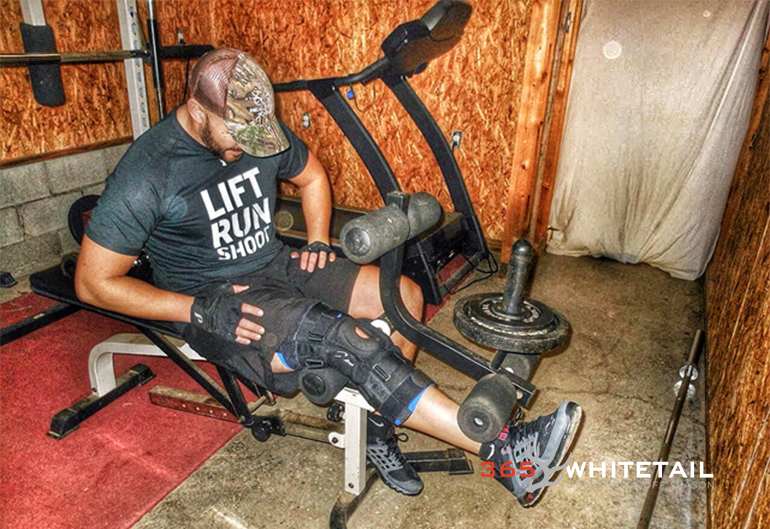 While we all enjoy a big chest and arms, in the woods, the legs feed the wolf. Don’t neglect lower body conditioning when it comes to preparing for hunting season.

And don’t fall into the trap of thinking you have to be fitness fanatic in order to train for hunting success. You don’t. I’m like a lot of you. I have a full-time job, a wife, kids, etc. However, I make working out for bowhunting success a priority. You can too.

It doesn’t take much to move the needle in the right direction. The key is to just get it moving. Move the needle before opening day and see if you can’t tell a difference in your hunting prowess.

With the ATA Show here and gone, everyone is interested in the latest and greatest gear. And that’s a good thing! What better way to spend the summer months then shooting and tweaking your equipment until it is driving nails? The last thing you want to do is wait until a few weeks prior to opening day before you start trying out new bow accessories. That’s a recipe for disaster.

Yeah, the weather outside stinks. But that doesn’t mean you have to stop thinking or preparing for opening day. It may be months away but just like Christmas it will be here before you know it. Start prepping now.

One more thing, don’t forget this is the perfect time for predator hunting. Hey, that might be a great topic to discuss next time…