If you’re not familiar with Ray Howell or Kicking Bear Ministry, you’re missing out! Having experienced firsthand what Kicking Bear is doing for youth all across America — this is an organization every believer should get behind.

So, what do archery shoots, tug-a-war, and marshmallow fights have to do with the outdoors and Jesus Christ?

We all have a story — some more dramatic than others. What is universally significant within each story is the recognition we’ve needed someone within our lives to come along side and mentor us. Few of us have achieved every single success completely on our own.

Ray Howell has a unique story that demonstrates the result of mentorship. His story reflects what it was like to grow up without a father and live longing for someone to love and mentor him. Thankfully, that someone came in the form of the unexpected — and through mentorship, Ray Howell learned how to hunt and he learned how to love. 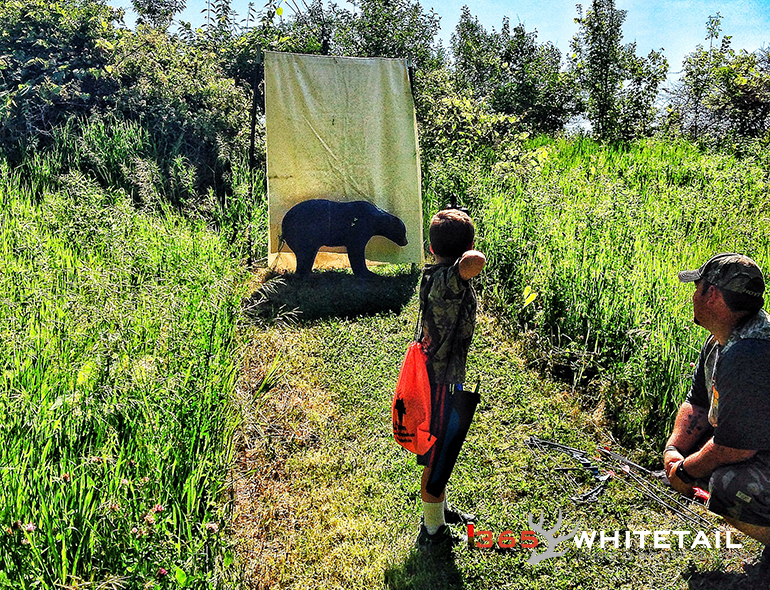 Through divine providence and the willingness of someone to mentor a troubled youth, Howell became a hunting success. Eventually harvesting a multitude of game from around the globe, Howell was able to live out his boyhood dream — all because someone took the time to show him what he didn’t know.

Howell’s story centers around the day he realized his abilities were not earned, they were given. In his own words, “I realized Someone had been guiding my arrows all my life.” With that realization came conviction, and on that day he surrendered his life to Jesus Christ, along with answering a call to minister to underprivileged and at-risk youth.

Over a decade later, Howell still travels across the United States fulfilling a God given mission to, “Put a bow in a kid’s hand and lead their family to the Lord — one by one.”

That is the story behind Kicking Bear.

Having had the opportunity to take my boys to a Kicking Bear event, hosted by Bass and Bucks in Wabash, Indiana, I came away challenged and impressed. Challenged by Howell’s vivid reminder that each of us has a greater purpose in life. Impressed by the event and activities enjoyed by all.

The archery shoot, water balloon battle, tug-a-war, and marshmallow fight were simply a platform to let kids know there is Someone who can guide their arrows just like He did for Ray Howell.

Although I’m not sure who had more fun, the kids or adults, Kicking Bear left an impression on my boys and myself. In a world where many have forgotten the words of James 1:27, “Pure and undefiled religion before God and the Father is this: to visit orphans and widows in their trouble, and to keep oneself unspotted from the world.” it’s good to be reminded what really matters in life and to know there are still people like Ray Howell who are dedicated to the mission of telling others about Jesus Christ. 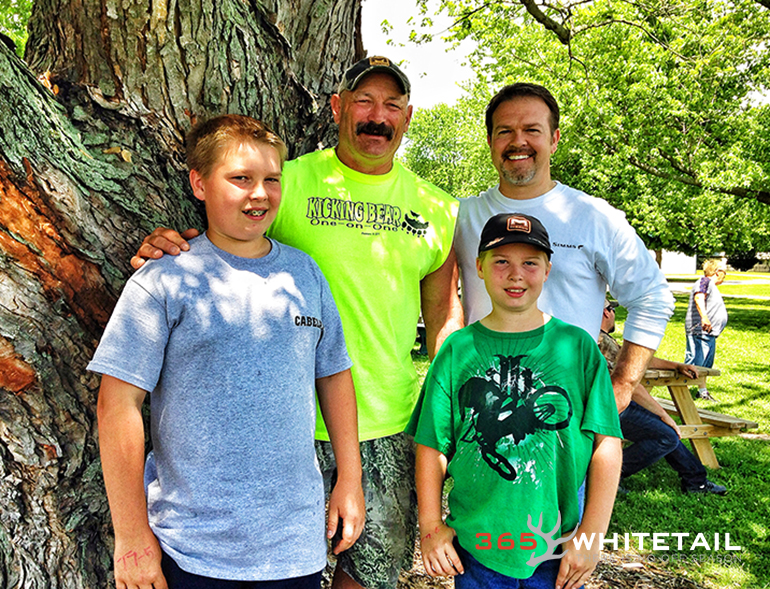 I would encourage every youth leader, pastor or parent who has a passion for Christ and the outdoors to take your kids to a Kicking Bear event. It was out first, but won’t be our last.

For more information on Kicking Bear Ministries, how you can support this ministry, and what events are hosted in your local area, check out the Kicking Bear website and Facebook page.

For a sample of what you or your kids will experience at at Kicking Bear event check out the video below.