The Scott Exxus release is the end result of an abnormal passion for perfection and a willingness to persist until it is achieved. Through a refusal to settle for second best, the Scott Exxus now offers unparalleled performance to the discerning archer.

What began as a vision to develop the best thumb release on the market has now come to fruition in the form of the Scott Exxus. Already known for their superior products and uncanny innovation, Scott Archery has once again surpassed expectations by designing one of the most advanced releases produced today.

Why The Scott Exxus Release

Some time ago I posted a review of a thumb release from another manufacture. At the time we were very happy with its performance. However, after the ‘other manufactures’ release misfired a few times we became increasingly leery of its overall dependability.

Each time we drew our bow we would envision what would happen if the next misfire took place when drawing on a trophy whitetail. When the third misfire sent an arrow through a local archery shop’s air conditioning duct – it was time to switch to a more dependable release.

After spending some time with the Scott Exxus we knew this release was more than a just a replacement. The Exxus eclipsed the performance of our old release by a long shot. (Pun intended!) 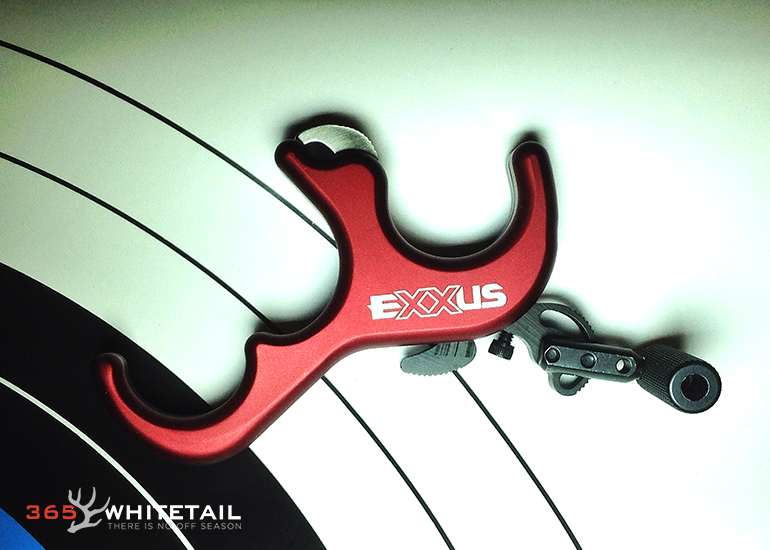 With its proprietary three-finger design the Scott Exxus offers an ergonomic feel that is both smooth and solid. Although slightly larger than our previous thumb release, the Exxus provides a natural fit and well-fitting contour. This intuitive styling also helps to prevent fatigue when shooting for extended periods of time.

Like all Scott Archery releases, the Exxus has been engineered to provide a crisp break when executing the shot. Meticulously machined 440C stainless steel integral components with anti-friction Titanium coating insure a quiet and consistent release. And with its fully adjustable trigger the Exxus eliminates any trigger creep or unnecessary travel. 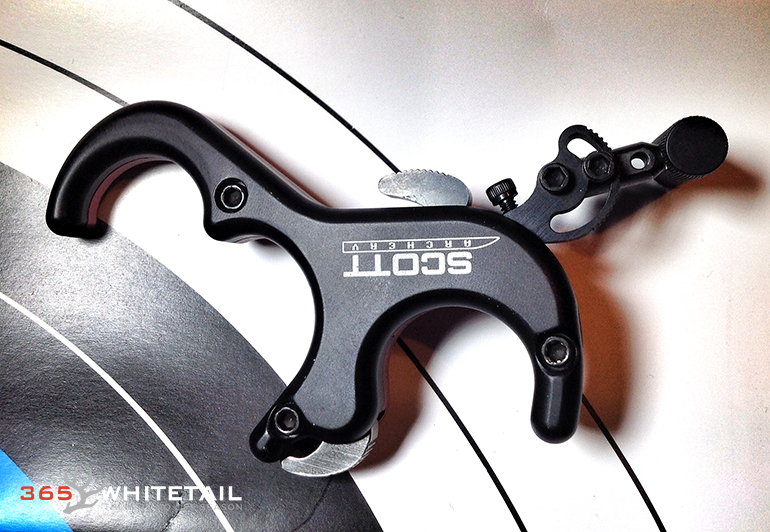 What makes the Scott Exxus superior in design is its full range of adjustability. Not only does this release allow for the micro-adjustment of trigger travel and sensitivity, but the height and radius of the trigger arm are adjustable as well. And if that isn’t enough, the trigger barrel can be rotated in either direction for a precise release-to-hand fit.

These additional features allow the shooter to make precision adjustments that compliment a consistent anchor point and smooth release. The Exxus ‘adjustability’ coupled with its proprietary hook design guarantee a crisp break at the moment of shot along with aiding in overall accuracy.

With its multiple adjustments the Scott Exxus has me asking why I waited so long to switch releases. Although I know the answer is because I’m loyal to a fault and not one to jump ship too quickly – the way the Exxus has delivered is almost too good to be true.

Overall the Exxus has us convinced of its supremacy among the ranks of thumb releases. Call it placebo if you want to, but what I do know is that I’ve never shot better. Oh, I know there is no substitute for a tuned bow, consistent form and quality practice, but the Scott Exxus sure has made executing a seamless shot a whole lot easier.

The Scott Exxus is available in either camo/black or red/black in color and can be used by both right and left-handed shooters. To find out more about the Scott Exxus release, visit Scott Archery today. 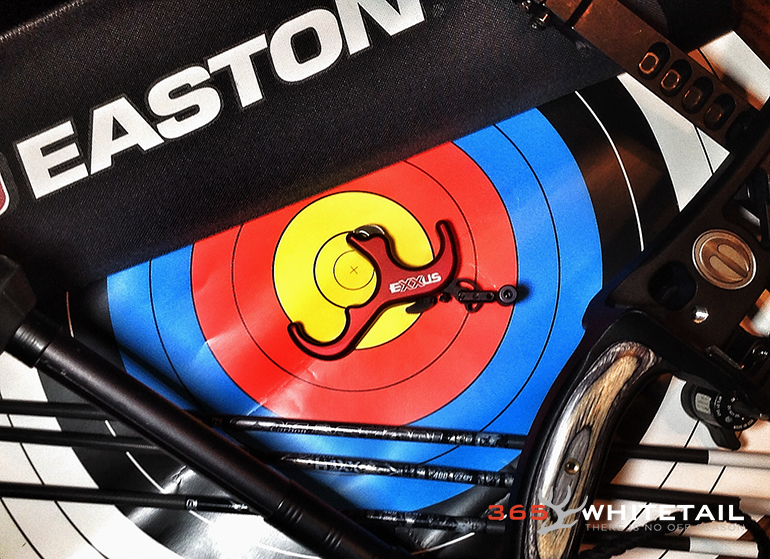