Anyone who’s been toting a coyote rifle for any length of time has likely missed a shot. Unfortunately, it happens. Whether it was shooter error or equipment failure, the end result was a projectile that didn’t end up at its intended point of impact.

A few missed coyotes throughout the year may be considered normal, but consistent misses are not. So are there steps you can take that will improve accuracy and reduce shooter error—most definitely! 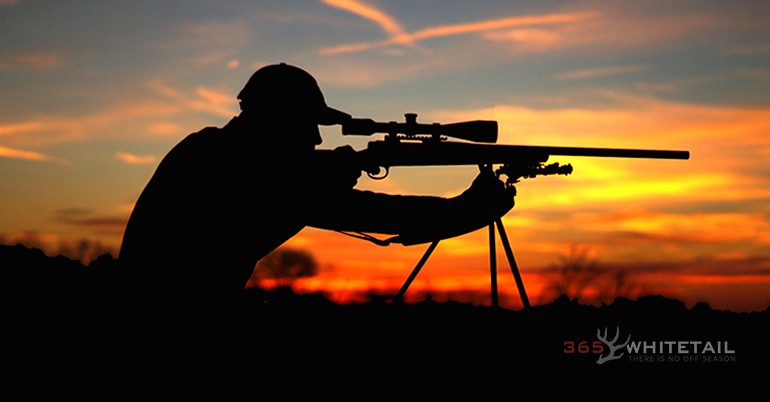 Not everyone can afford go out and buy a custom rifle that’s guaranteed to shoot sub-MOA groups at 200-yards. Thankfully, when it comes to a coyote rifle, you don’t have to spend thousands of dollars to achieve accuracy. All it takes is some attention to detail and you can improve the accuracy of most any factory rifle.

No matter what caliber of rifle you choose for coyote hunting, most rifles will have a preferred brand of ammo. A rifle may shoot Hornady ammo better than brand B or C, or vice versa. Individual rifle accuracy is often determined by the rifle barrel’s rate of twist, the velocity of the ammo and the weight of bullet you choose to shoot.

Before heading into the field find out what ammunition your rifle prefers. Shoot groups at 100-300 yards and see how different ammo performs at different yardages. You may even try different bullet weights offered by the same manufacturer to see which one shoots best out of your particular rifle.

For predator calibers a few grains in bullet weight can mean the difference between an accurate rifle and a not-so-accurate rifle. Take for example the .204 Ruger. Some factory .204’s will not stabilize a 40-grain bullet, but will stabilize a 32-grain. Time on the bench is the only way to know what ammo performs best out of your rifle. 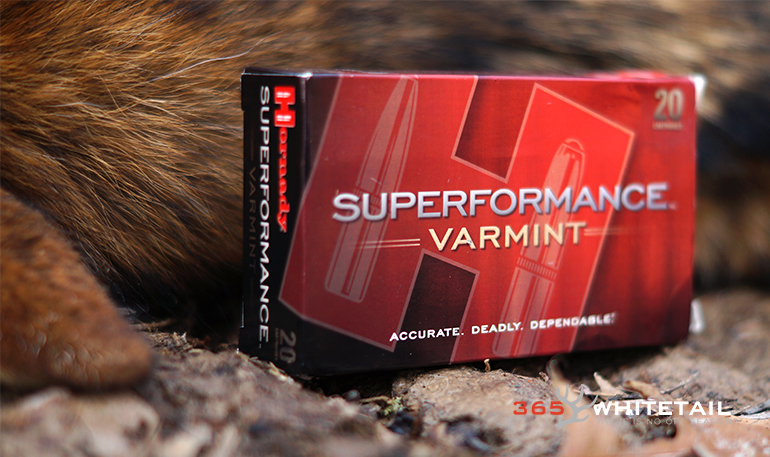 When trying to achieve the ultimate in accuracy for any rifle, there is no substitute for reloading your own ammo. The ability to tailor each load to its specific purpose and to the individual rifle is a definite recipe for downrange success.

Custom reloading allows you to try different load data in an attempt to find what load suits your rifle. Reloading also provides the opportunity to experiment with powder type, bullet brand, bullet weight, make of brass and primers. Details such as bullet seating depth can also be tailored to your rifles chamber. Without question, precision reloading will allow you to maximize the potential of any custom or factory rifle.

When it comes to reloading for predators, I’ve had excellent results with Ramshot TAC rifle powder and Hornady bullets. TAC offers good velocities, burns very clean and will allow you dozens of shots in between cleanings.

Reloading isn’t for everyone, but if you’re ready to take rifle accuracy to the next level, reloading your own ammo is the way to go.

Most factory bolt-action rifles are built to satisfy the average consumer, but who wants to be ‘average’ when it comes to accuracy? So if you own a less than accurate factory rifle, there are a few things you can do that just might help its performance.

If you’re not comfortable with the thought of bedding or free-floating your own rifle, take it to a notable gunsmith and allow him to bed and free-float the rifle for you. You won’t regret it.

The second thing that can be done is to lighten the trigger pull. Reducing the trigger pull from a factory ‘lawsuit proof’ 6-pound pull will increase your accuracy tremendously. Personally, I prefer no more than a 2-pound trigger pull on any rifle.

Some rifles on the market come from the factory with an adjustable trigger, others will need to be taken to a gunsmith in order to achieve a crisp and clean break. If at all possible I would strongly suggest allowing a competent gunsmith to adjust your rifle’s trigger pull rather than attempting to do it yourself.

Another step to consider would be to have a gunsmith blueprint your rifle’s action. This means truing the components of your action to their intended centerline. After a gunsmith gets done removing a few thousands on each individual component, it can make a noticeable difference downrange.

You may also talk to your gunsmith about re-crowning the barrel. If the crown of the barrel has even the slightest burr from the factory, or from misuse, your rifle will never achieve its full accuracy potential.

These small but significant steps will insure your rifle is as accurate as it possibly can be, which in turn will result in you possessing a greater confidence when shooting in the field. 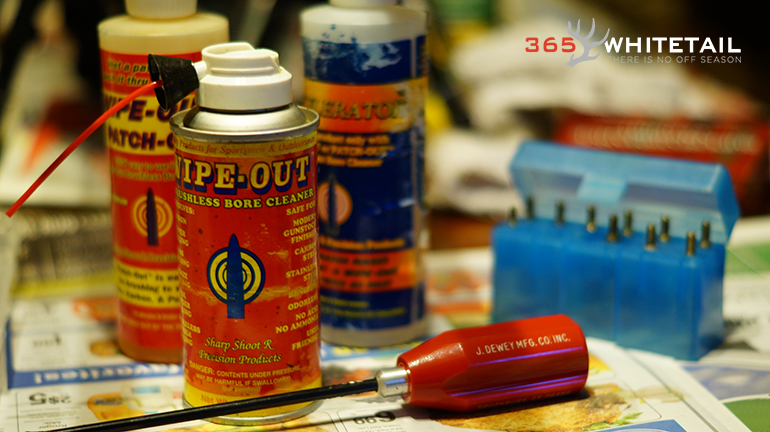 “My gun used to shoot 1” groups at 100-yards, and now I can’t get it to shoot a 3” group at 100-yards.” If I’ve heard that statement once, I’ve heard it fifty times. The issue can usually be boiled down to two things. First, the barrel is copper fouled. Second, there is a burr or nick in the crown of the barrel.

Copper fouling occurs when a soft copper bullet passes through the barrel’s lands and groves and leaves copper residue. Sometimes you can see the copper fouling by taking a light and looking closely at the lands and grooves just inside the muzzle. If you can visibly see copper in the corner of the lands, your rifle probably needs a cleaning. Thankfully, you can solve a copper fouling issue for around $10.

For over six years now I’ve been using a product called Wipe-Out Brushless Bore Cleaner to clean my rifles. Wipe-Out is low in ph and will not etch your barrel like some other bore cleaners and it’s self lubricating. Several times I’ve left it in over night with no issues. And I cannot tell you how many guys have used this product and had a rifle return to shooting sub-MOA groups.

The same company that makes the original Wipe-Out also makes a product for the AR platform called Wipe-Out Tactical Advantage. Not only is Tactical Advantage designed to be used like a conventional bore cleaner, it can be diluted with tap water, sprayed or dripped on the bolt and gas system. Simply let it stand for 10-20 minutes and wipe dry. It’s that simple.

If a good cleaning does not help your accuracy, you may need to have your barrel re-crowned. The crown is the bullet’s last point of contact before it heads to the target. If the crown has a burr it can make bullet flight irregular. 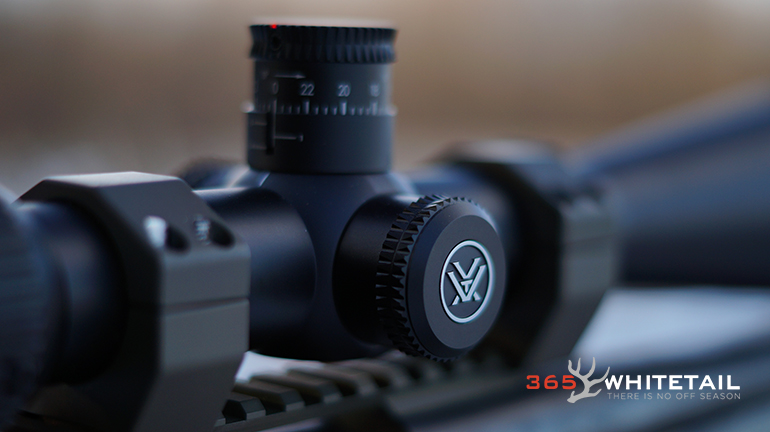 Another item that will help your accuracy is quality optics. And while it may be hard to justify the expense of a quality scope, it’ll be worth every dollar in the long run.

Over the last twelve years I’ve seen multiple shooters buy two scopes when they started shooting predators—why? First, they bought a low quality scope because it was affordable. A few months later, after the low quality scope failed in the field, they ended up buying a second scope, which was better quality.

Obviously, I’m going to recommend using Vortex Optics. Vortex offers quality scopes in a multitude of price points, plus every product is accompanied with a VIP unconditional warranty. The Vortex Viper line offers affordable options in a multitude of configurations for all types of shooters. From long range, varmint or predator—Vortex has it all.

While you’ll need to choose a scope based upon your shooting style, little compares to looking through quality glass. From shooting in low-light conditions to nailing long-range targets, quality optics will make a difference.

Get Steady Before The Shot

Another important element when it comes to accuracy is the need to be steady at the time of shot. Whether you prefer shooting off a bipod or shooting sticks is up to you. I like to use both, but either way, you’ll be much more accurate if you have a rock solid rest for your rifle.

Products such as a Harris bi-pod or the Bog-Pod TAC-3s tripod will offer you more than adequate stability in the field. Both of these products will provide you with a solid shooting platform no matter the terrain.

The Bog-Pod TAC-3s tripod also offers a 360-degree swivel head and can be used to shoot in the prone, sitting or kneeling positions. With adjustable heights all the way down to 6” and up to 42” the Bog-Pod TAC-3s is a ‘must have’ piece of gear every coyote hunter should be packing. 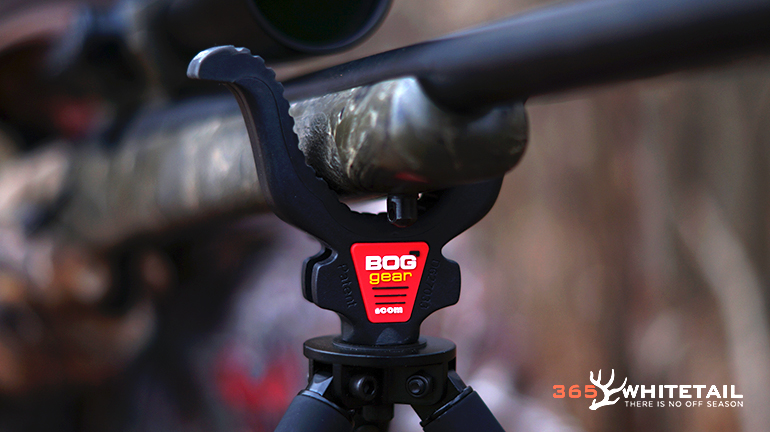 Spend Time On The Bench

Maybe this tip should have been number one, but just because it’s last on the list doesn’t mean it’s not of great importance. The age-old adage, “Practice makes perfect,” is true. There is no substitute for getting to know your rifle and how it performs at various yardages.

Time on the bench will teach you trigger control along with helping you get comfortable with your rifle. When it comes to accuracy, time at the bench can make all the difference when it comes time to make the fur fly.

While ‘accuracy’ is subjective, the overall objective is to have a rifle that is accurate enough to hit its intended target repeatedly and without fail. The good news is you don’t have to settle for anything less than what your rifle and you are capable of—accuracy is achievable.