Last weekend marked the second annual Shed Rally, a day when countless antler addicts took to their favorite locations in search of bone. And while this annual event has been checked off the calendar—your personal Shed Rally doesn’t have to be over.

A unique aspect of Shed Rally, made possible by modern technology, is the ability to share photos of the antlers found during Shed Rally across various social media channels. Gone are the days when around a potbelly stove in the center of a local mercantile was the place to share the latest news—today it’s digital.

But sharing photos with the hashtag #ShedRally isn’t the only reason we shed hunt. There’s much more to be shared and experienced in the outdoors than simply finding shed antlers. So, while the momentum generated by Whitetail Properties’ Shed Rally encouraged ‘shed heads’ to collectively go on a search for antler, there’s no need to stop looking for antler just because March 7th is behind us.

It would seem most whitetail hunters have a love-hate relationship with shed hunting. Either they enjoy the challenge of looking for a ‘needle in a haystack’ or they get board with the endeavor very quickly and are prone to give up the hunt after a few uneventful miles. 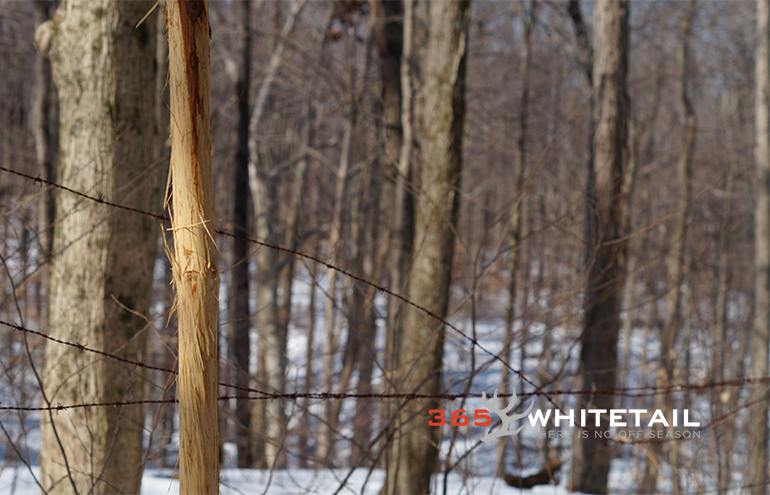 To prolong your personal Shed Rally, make shed hunting about the hunt, not just the find. The woods are full of much more meaningful experiences than being able to brag to your buddies about an antler you found. More importantly, shed hunting provides an opportunity to get outdoors, scout for the upcoming season and enjoy time spend with family and friends.

Having tunnel vision when shed hunting is both a blessing and a curse. Yes, if you’re going to find sheds you must stay focused on what you’re looking for, but it’s also important to take in what’s around you.

Here in Indiana, March 7th was a beautiful day. The sun was shining the snow was glistening; it was a great day to be outside. But, the deep snow didn’t make finding antlers any easier. Knowing our chances of finding sheds were slim, I decided to make Shed Rally not only about what I could find, but what I could see.

After lip squeaking a raccoon to within eight feet, locating several whitetail bedding areas and identifying some travel routes I was previously unaware of, a shed would have just been a bonus. 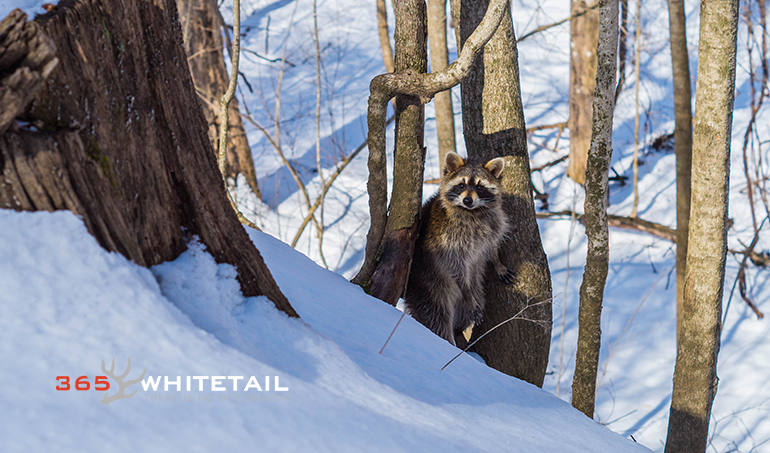 Although I didn’t hashtag #ShedRally #Raccoon #Bedding, March 7th was filled with adventure and indelible experiences shared with my son, my best friend and his seven-year-old son. And the good news is, there can be plenty of days just like it—because March 7th isn’t the only day we can shed hunt.

Due to the amount of snow we had for Shed Rally, we were able to see plenty of rabbit tracks, fox tracks, coon tracks, coyote tracks, blood, fur, feathers and the list goes on.

To those who have children or grandchildren, finding telltale signs of animal activity are important moments. These left behind (and often overlooked) ‘tracks’ not only offer teaching opportunities, but provide ways for us to pass on an appreciation for the outdoors to the next generation. And there’s no better time to pass on our heritage then when shed hunting.

So while I wish we wouldn’t have had as much snow for Shed Rally and would have liked to have found some sheds, I also know the experiences and knowledge I gained from a day in the woods far outweigh a picture posted on social media.

Besides, a personal Shed Rally doesn’t have to be over—it’s just begun.