The 2015 Elite Synergy was unboxed with a great amount of skepticism. Stripping the Synergy of its clear plastic wrapper and strategically placed bubble wrap, I stood staring at what Elite Archery president Pete Crawford says is the, “…smoothest drawing, nicest shooting bow Elite has ever made.”

But like a blind date off to a bad start, I was asking myself if Mr. Crawford was mistaken? Was the hype surrounding the 2015 Elite Synergy—gusto, gimmick or really genuine?

After installing a D-loop, rest, and sending a few arrows downrange, my opinion of the Synergy began to change. (So much for first impressions!)

Having shot the ever-popular Elite Answer, proudly owned an Elite Hunter, and current shooting the Elite Energy 35; the fit and feel of the Synergy suggests Elite took the premium features of each of these previous model bows and integrated them into the Elite Synergy.

Halfway through the second draw cycle, I knew the Elite Synergy is destined to become a favorite among hunters and 3D archers. The new Synergy cam offers a silky smooth draw cycle that will have you shaking your head is disbelief. This cam also feels as if you never even reach peak draw weight before settling into a definite valley. Simply put, the new Synergy cam is exceptional.

Obviously the new Synergy cam continues to offer what Elite is known for—a draw force curve that provides less time at peak weight, a deep valley and solid back wall.

Matter of fact the shop manager ask me to put the very bow in mention in the hands of a gentleman—who out of curiosity—drove two hours to shoot the Synergy. After a few shots downrange and a quick explanation of its features, he ordered one. And he’d never shot an Elite before that moment.

If I were a betting man, I’d wager the Elite Synergy’s draw cycle alone makes it a favorite among hunters in 2015. 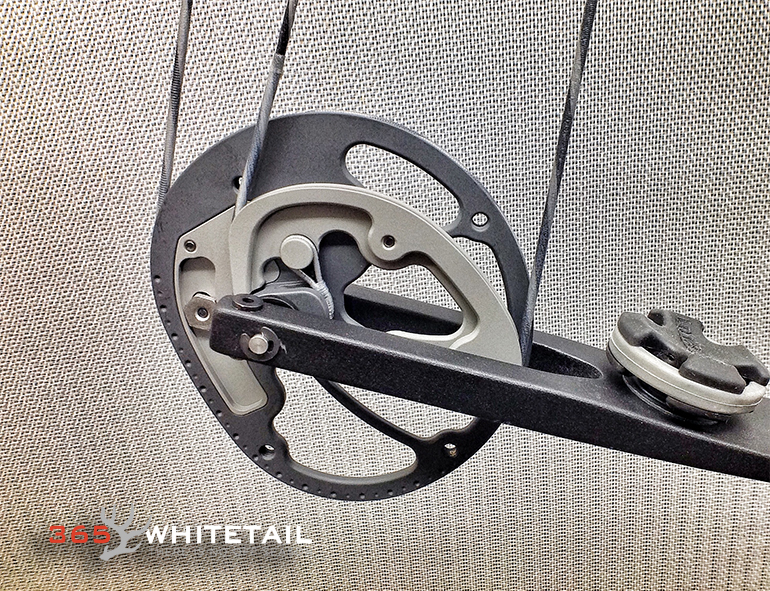 The 2015 Elite Synergy retains the identical riser that made the Energy series so popular. This riser design offers ideal geometry, which in turn delivers an incredibly stable shooting platform.

The riser is cold forged machined and provides superior strength and resistance to twist. Like its predecessors the Synergy riser also has an integrated Riser Cage, making it 30% stronger and 19% stiffer than a standard machined riser.

Earlier this year I took a photo of the Riser Cage design to a Rolls-Royce engineer who works in the development of defense aero-engine products. I asked if the Riser Cage would indeed increase strength and stiffness as claimed or was this simply marketing rhetoric? Without hesitation the engineer immediately explained how the riser design would increase overall strength and rigidity. (No gimmicks here!)

A stiff riser and an ultra-smooth draw cycle are the beginnings of a great bow, but there’s more. 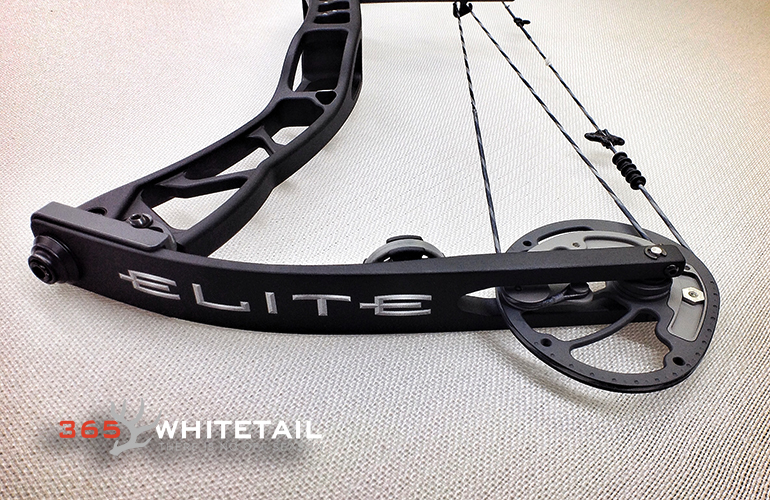 For the hunter who desires the delicate balance of having a forgiving bow, longer brace height and enough kinetic energy to kill any big game animal, the Synergy offers all the above. With a 7 3/8-inch brace height and an impressive 325 fps I.B.O. speed, the Synergy provides the best of all worlds. (Elite makes no bones about the fact — they don’t chase speed — but 325 fps isn’t too shabby.)

And for the critic who is thumbing his nose at 325 fps, I challenge you to shoot the Synergy before you knock it.

The 2015 Elite Synergy also comes with upgraded limb bolts and bezels. A much needed improvement over previous designs. This update allows smoother and easier adjustment of the bow’s draw weight.

This attention to detail speaks volumes of the company behind the redesign. There is no question Elite Archery has set out to make the best bow possible. And to do so, they refuse to get stuck in a rut or settle for second best. 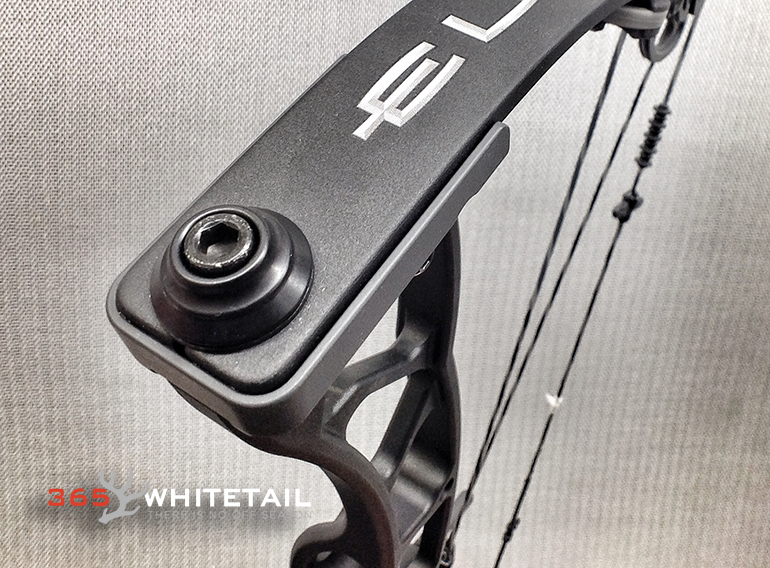 Another upgrade on the Synergy and included on the entire 2015 Elite lineup is the proprietary string stop. This is another much-needed improvement. With input from Levi Morgan, Elite Archery has designed and molded their very own string stop. Gone are the days of the having a sting stop that was prone to rotation. 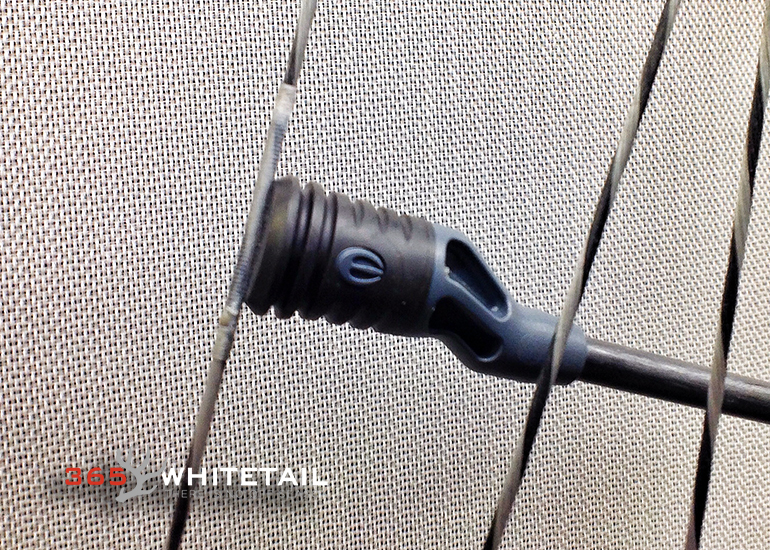 This year Elite Archery is offering Pro Kote; a ceramic-based, chip resistant, and non-reflective coating which is superior to all previous coatings. For 2015 this durable coating comes standard on all cams, modules, cable guard rods and limb pockets.

Pro Kote is a much celebrated upgrade and will undoubtedly increase the long-lasting performance of the 2015 lineup.

For 2015 the entire Elite lineup has been upgraded with LimbSaver Broadbands. These limb-mounted dampeners have been engineered to function over a larger frequency range. LimbSaver has combining its NAVCOM ring and center dampener to produce the industry’s most efficient frequency absorbing limb dampener yet. NAVCOM rings are also replaceable and available in a variety of colors. 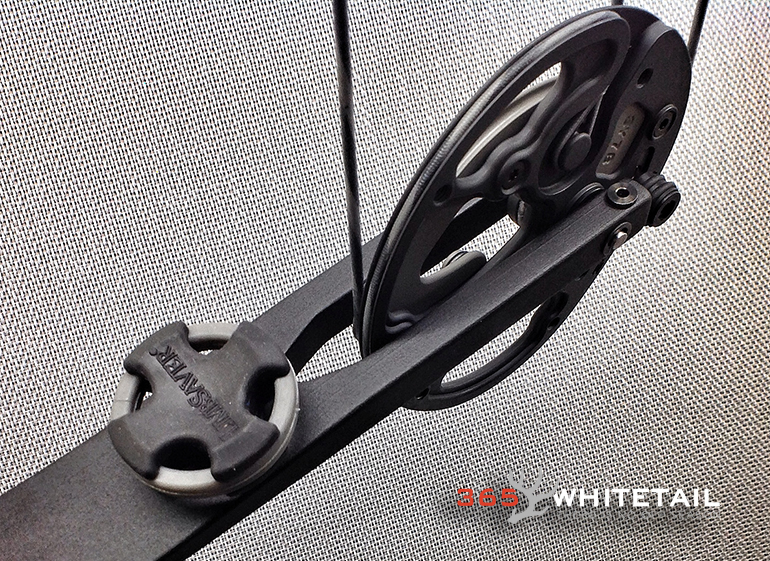 The 2015 Elite Synergy also comes with a transferable Lifetime Limited Warranty and the Elite Hunt Guarantee. If your not familiar with the Elite Hunt Guarantee, you should be. This guarantee insures that if you’re on the hunt of a lifetime and something happens to your bow and there’s no way to repair it locally, Elite will next day you a bow so you can finish the hunt. How’s that for service?

Shootability is and always has been the goal of Elite Archery. For 2015 that objective not only remains the same, but has been met in the form of the Elite Synergy.

While I’m still very impressed with the Energy series bows, the Synergy offers a package that is unarguably stellar. So, I encourage you to go shoot a Synergy for yourself. Guarantee you’ll be impressed.

I do want to thank our friends at Bass and Bucks for allowing us to unbox and demo the Synergy. Bass and Bucks is one of the largest Elite dealers in Indiana. They also stock over 800 new and used bows by 20 different manufacturers. Be sure to check out bassandbucks.com for all your archery needs or visit them in Wabash, Indiana.