I’m going to be totally blunt. It is my humble opinion that hunting over buck rubs is a waste of time! Well, most of the time. You see, for years I subscribed to the notion that buck rubs were a hot ticket to success. Mostly because that’s what the hunting magazine in my hand suggested.

However, I’m more inclined to use a strategy if it actually works and that one simply did not. To be perfectly honest, I’ve never found a rub, hung a stand and had said buck return only to fall victim to a well-placed arrow.

Big rubs equal big bucks. If you want to shoot a big buck you have to hunt where they live. A good-sized rub is one tell-tale sign that a trophy is in the area.

Maybe I’m doing something wrong. (It wouldn’t be the first time.) Still, even a blind squirrel finds the proverbial nut every now and then. Alas, it hasn’t happened to me yet. So, in my bowhunting rule book the odds simply do not lend themselves to consider hunting over a rub a worthwhile endeavor.

So what does all of this mean? Well, it means I don’t bet all of my chips on buck rubs. There is only one tactic that I bet everything on; but that’s a different article. Back to buck rubs. While I don’t believe they are ‘ground-zero’ for hanging a stand, they can in fact point you in the right direction if you know what to look for.

In my experience some rubs carry a lot of meaning and others are simply made in random places that are mostly insignificant. The trick is understanding which is which. For the most part, when you find a buck rub near a high-traffic area (human interaction) you can bet it was done under the cover of darkness.

Deer, especially mature bucks, are very keen to human intrusion and know exactly where we’ve been and the areas we like to frequent. So, when you find a rub in one of those areas it’s a good bet it wasn’t done during legal shooting hours. Therefore ignore them.

On the flip side, buck rubs found in thick cover, near bedding areas (buck or doe) or along travel corridors in heavy cover can have significant value. These are the types of rubs that bear further investigating and can often lead to a killer stand site.

Which Side Was Rubbed

Once I find the type of rub I’m looking for I start inspecting not only it but the surrounding terrain as well. And even though I live in and hunt ‘Mountain’ bucks, I feel confident you can use the same investigative procedures as I do. 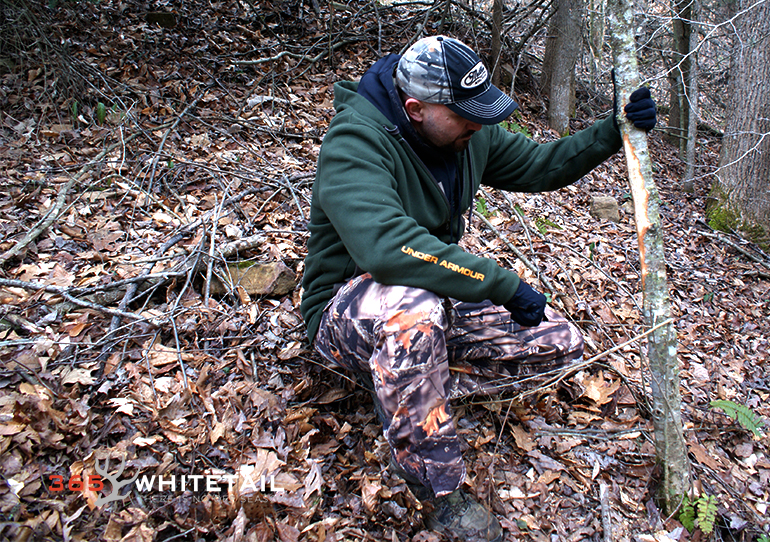 A rub is more than a rub. Close inspection can offer a multitude of clues to the overall whitetail puzzle.

While both pieces of information are great ‘clues’ to the overall whitetail puzzle, they are hardly smoking guns. You still have to not only hang a stand in the right location but you have to consider the ‘timing’ of the stand, so to put that buck in your lap while the sun is up. Not an easy task.

Like I mentioned, trying to figure out when the buck made the rub is critical. Quite often I find that I have to set up away from the rub in order to catch the target buck on his feet. Such was the case with the buck that made the rub in the image below in 2012. 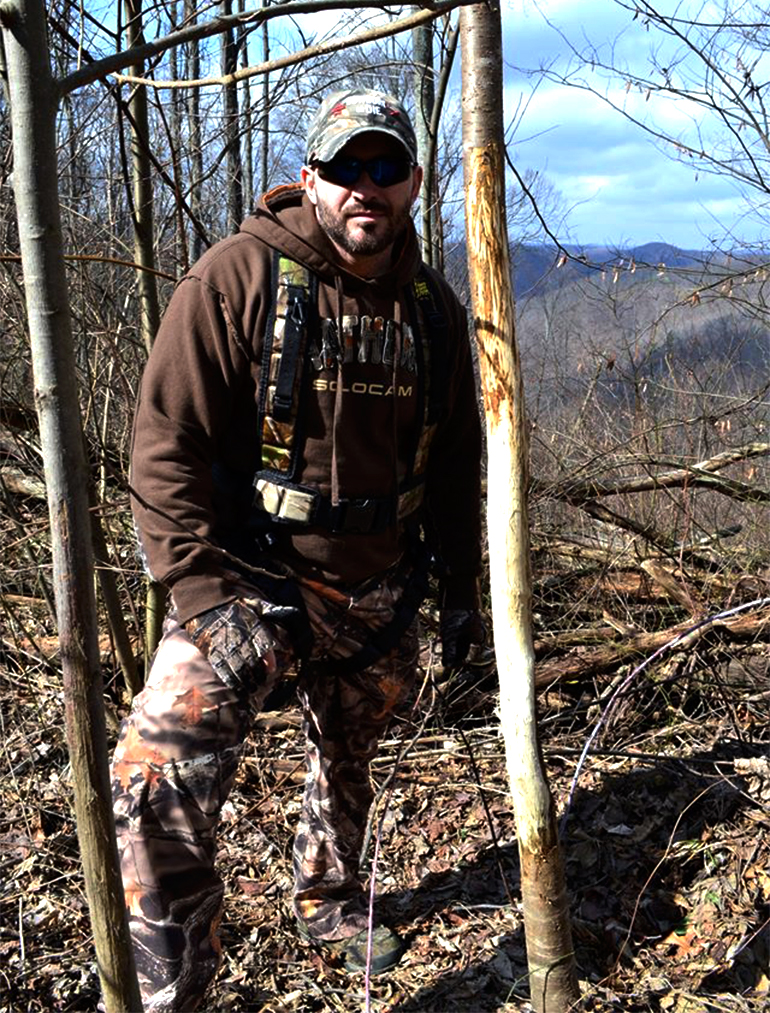 To kill this buck I hung my stand in a funnel about 100 yards away, not right on top of the buck rub like conventional wisdom would suggest.

Hanging a stand near this particular rub was a gamble because the immediate area was void of any reliable funnels. Instead, I choose a pinch point about 100 yards away. This funnel had a greater chance of putting the buck in my lap than did the rub which had very few (if any) natural funnels nearby.

I killed the buck in 2013 as he made his way through my funnel during a heavy snow fall. Watching the direction that he came from, and knowing the terrain, it’s highly unlikely I would have killed him had I set up right on top of the rub I had found during my post-season scouting.

Random Rubs In The Right Place

Whenever my post-season scouting doesn’t uncover a ‘kill’ rub I typically keep my eyes open for randomly made rubs in just the right place. Because I hunt in mountainous terrain with no agricultural fields, I base a lot of my strategies on the urge to breed. In other words, I concentrate on does.

I typically like to set up on the fringes of doe bedding areas. But, despite where my stand is hung I am constantly looking for clusters of buck rubs to show up in and around my hunting area. It’s been my experience that this typically means a buck(s) has moved into the area in search of a receptive doe and is marking his territory. 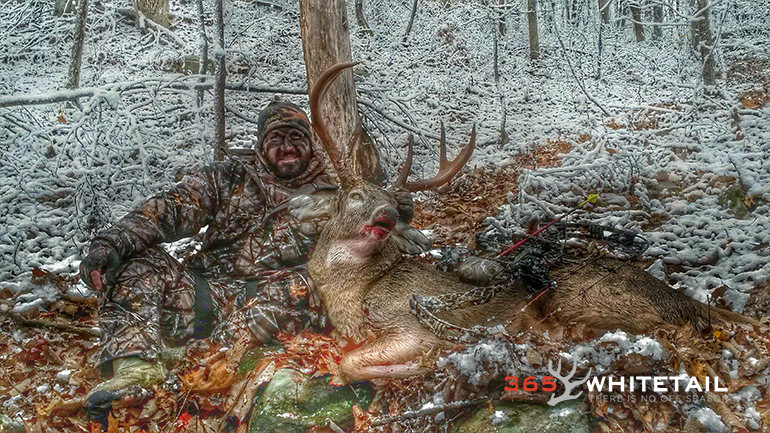 Here is the buck from my 2013 season. Despite the fact that I had never seen him on the hoof I was still able to develop a game plan based on his rub locations and the surrounding terrain.

Buck rubs that show up in November typically do so for a reason. Just keep in mind that while big bucks make big rubs they also make little rubs. I shot my largest buck to date in the middle of a fresh cluster of small rubs adjacent to a doe bedding area.

In my book buck rubs are most often unworthy of sitting directly over top of. However, with a little investigative work a much better location typically reveals itself. And when that happens it’s time to clear some space on your wall.