Late season deer hunting doesn’t appeal to everyone. Bone chilling temperatures and brutal conditions can make even the most seasoned hunter wonder if the odds of notching his or her tag are next to nil.

But, don’t let the word ‘late’ make you feel pressured or lure you into predicting how the season might end. Late season deer hunting continues to offer plenty of potential when it comes to killing a mature buck.

This means paying special attention to the details. For the details will sort out why, where and when you need to be hunting during the late season.

In December of 2012 my son and I experienced a memorable late season deer hunt. We had set our stands overlooking a cut cornfield, and by the amount of fresh tracks in the snow, our chances of success looked very high.

Around 4:00 that afternoon several does started funneling into the corn stubble. A few minutes later a buck we had never seen before joined the procession. This buck would have easily scored 150 plus inches and was feeding while there was plenty of daylight.

We immediately recognized there were two significant items at play here. Coupled with the attraction of the cut corn, the weather also determined this buck’s movements. Responding to a falling barometer and an approaching snowstorm, the buck was on his feet earlier in the day in an attempt to find food before it was covered in several inches of fresh snow.

Late season deer hunting requires the hunter to pay close attention to the weather. When a winter storm is getting ready to dump on a prime food source, deer will usually be up and feeding well in advance of the changing weather.

Extreme dips in temperature can also result in deer being increasingly active and more visible during daylight hours. This is due to a whitetail’s need to increase its calorie intake in order to stay warm.

The opposite is also true. If the weather has been extremely cold for an extended period of time, then breaks, and is followed by rising temperatures, this change in weather can also initiate a spike in deer activity.

Whether warmer or colder, be sure to take advantage of any weather that may increase your chances of killing a late season buck. During late season deer hunting, weather can determine whether your chances are increased. 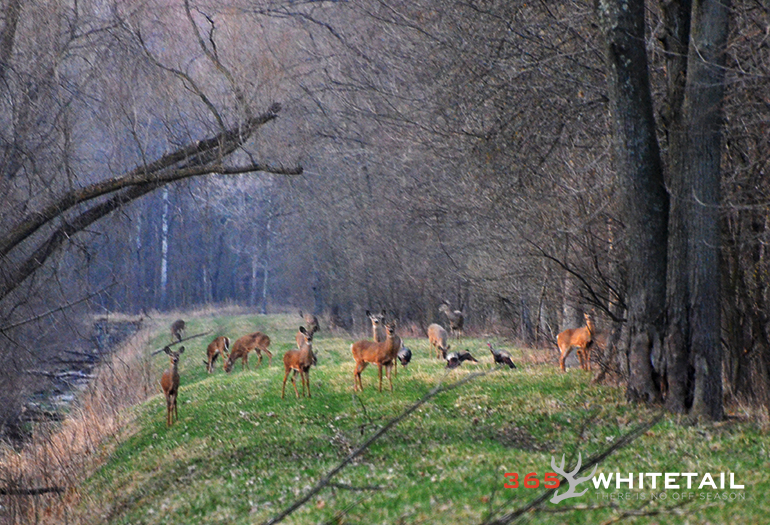 If your mother ever threatened to make you pay for the electric bill because you left a light on, then you’ll understand how whitetail think during the late season—especially whitetail bucks.

Post-rut bucks enter into ‘survival’ or ‘conservation’ mode after the rut. Depleted energy stores, from days (and nights) of chasing estrus does, means bucks need to consume plenty of calories in order to rebuild fat stores for the upcoming winter. To efficiently rebuild its worn out body, a buck will decrease the size of its winter range in an effort to conserve energy.

‘Energy savings’ is why late season bucks can often be found bedded not far from a prime food source. The shorter the distance they have to travel the less energy is consumed.

This is an important element to consider when deer hunting late season. For if the distance between your stand site and a buck’s late season bedding area has decreased, preventative measure should be taken on your part. Late season deer hunting means the hunter must be very careful when entering and exiting a stand site.

Depending on your stand placement and entry and exit routes, consider taking extra precaution if hunting row crops in the morning. If you’re going to risk spooking deer off the field or out of a nearby bed when approaching your stand, it’s best to change your strategy and hunt only in the afternoons.

Taking into account these significant changes in behavior patterns can make all the difference when deer hunting late season. 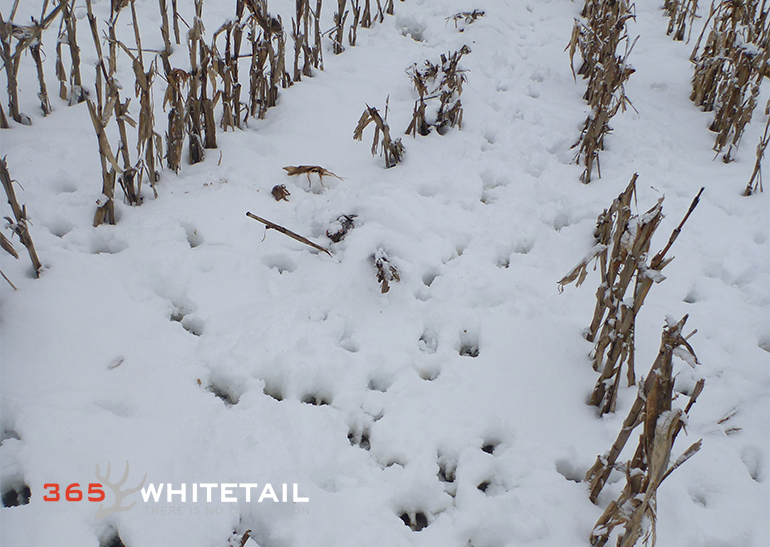 During the late season it’s easy to become enamored with standing corn or corn stubble, but don’t ignore an opportunity to hunt over standing soybeans or an acorn flat.

As we mention in Field Crops, Row Crops And Whitetails, “Beans will provide a late season smorgasbord for hungry whitetail, even when there’s standing corn nearby. Soybeans contain a considerable amount of protein and fat, and winter whitetails know just how much nutrition is held within those pods.” If you have access to a standing bean field, by all means get to hunting it.

Then again, row crops aren’t the only food on a whitetail’s menu. Don’t be misled into thinking you need to only hunt row crops during the late season.

Most areas in the Midwest have seen an abundance of acorns this year. A bumper mast crop cannot be ignored when trying to target a late season whitetail.

As whitetail guru Scott Bestul states, “After the rigors of the rut, with winter weather moving in, late-season whitetails seek acorns because they provide lots of fat, are easily digested and, unlike corn and bean stubble, are located within the security of the woods—which is critical to pressured deer. In some heavily forested habitats, acorns may be the only substantial high-energy food source at this time of year.”

Let the deer tell you what late season food they prefer. Once you locate what food sources the whitetail in your area are fixated on—go hunt it. 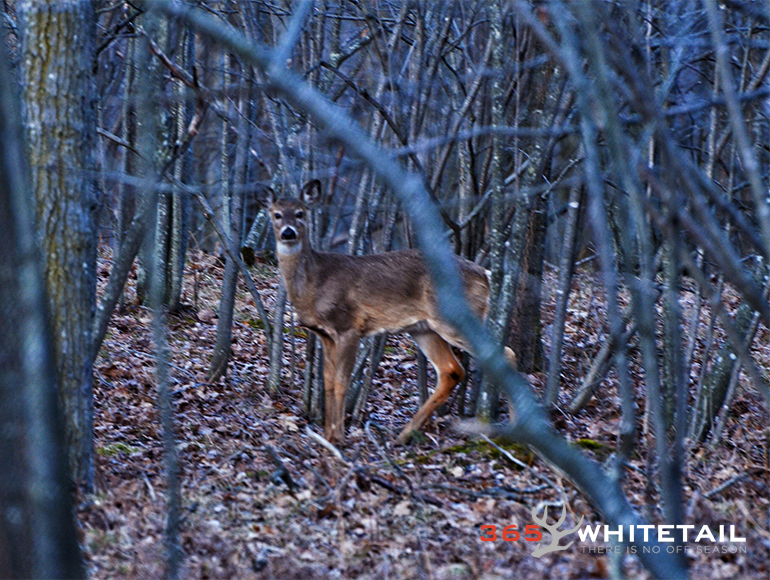 Depending on the amount of estrus does in an area and the buck to doe ratio, the testosterone level of a whitetail buck can remain elevated for some time.

Take advantage of this by locating and hunting doe groups during the late season. Bucks will still be scent checking does on a regular basis even before the ‘secondary’ rut arrives.

The ‘secondary’ rut comes approximately 28 days after the peak rut. For most of the Midwest this means some time in December, but can stretch out as far as February. During the secondary rut mature does that were not bred will cycle into estrus a second time and 7-8 month old doe fawns will enter their first estrus cycle.

And while the hunter cannot expect to see the same rutting activity he or she saw in November, there is a good chance of seeing a mature buck if you continue to hunt where there is a concentration of does.

Late season deer hunting isn’t for the faint of heart. But, these late season tips can be your ticket to success. Plan wisely, stick to a strategy and hunt intentionally.