I will be the first to admit that over the course of my bowhunting career I haven’t had a lot of luck hunting over scrapes despite what all of the popular magazine articles might suggest.

In fact, I’ve never filled a tag while perched high above a pawed out piece of earth waiting for a buck (any buck) to return and do it again. However, a few years ago I found a better alternative. One that peaks the curiosity of the mature buck in the area and keeps him coming back to investigate.

I’m talking about using whitetail pre orbital gland lure as a means to inventory big bucks and eventually kill them. I know it sounds complicated but it really isn’t. This process can be used alone or can be used in conjunction with existing scrapes or mock scrapes to make them even more attractive.

What Is The Whitetail Pre Orbital Gland

The whitetail pre orbital gland is a trench-like slit found on the bare skin extending out from the whitetails eyes. These glands are lined by a combination of sebaceous and sudoriferous glands which produce a waxy secretion that contains pheromones and other chemical compounds. 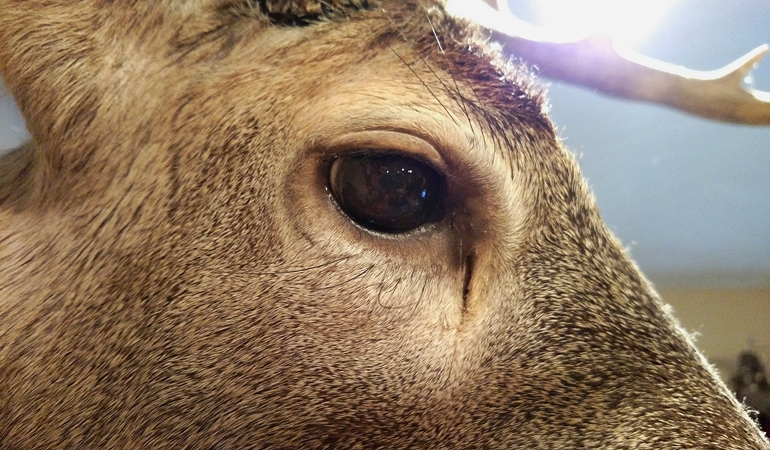 Deer and other ungulates regularly deposit these secretions on twigs and grass in a way to communicate with each other.

Information gathered from these secretions not only help deer communicate but they also help the local bucks establish a “hierarchy” amongst themselves. It is this desire to establish and maintain a pyramid of dominance that gives the savvy hunter a behavior he can exploit.

The idea is to introduce an intruder into the mix while bucks are still in bachelor groups and basically know each other. 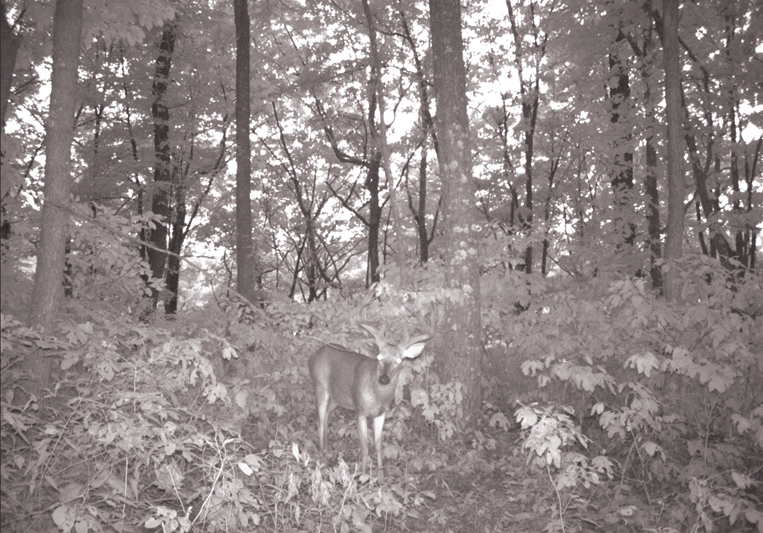 Not only that, urine breaks down (chemically) turning into ammonia shortly after it hits the ground. Bucks visiting this urine-based lure probably have no idea “what” peed there.

A better analogy would be that they only know that “something” urinated in that spot. However, with pre orbital gland odors that simply isn’t the case.

The scent lasts longer and doesn’t breakdown before deer have a chance to interpret it. This allows them to get the right message when encountering the odor.

One of things I like about using whitetail pre orbital gland lure is that it can be done in the mid-late summer months when not much is going on and everyone else is hanging out by the pool.

Incorporating this tactic during the late summer allows me to take an inventory of the bucks in the area. Within a few months of doctoring my sites I have a pretty good idea about the type of bucks that are roaming around my hunting area.

If no mature bucks show up it is a pretty good assumption that I’ve either messed up on the location (more on that in a minute), cut corners on my scent control or there simply aren’t any true giants in my area.

Using this tactic during the summer has another distinct advantage—bachelor groups. During this time bucks are hanging together in groups. 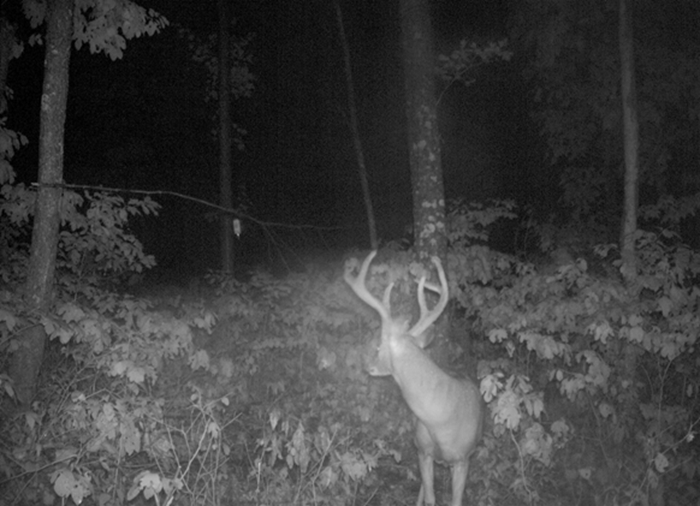 They are getting to know each other (through scent) and they are establishing their pecking order. Some of this scent communicating comes in the way of “licking branches”.

You are probably familiar with the licking branch but I dare say it is during the fall months when it is accompanied by a scrape underneath. That branch is still there and it is still vital in the grand scheme of things despite the fact that it doesn’t include a scrape.

Also, if you attract one buck from a bachelor group to your set up you will typically attract them all. That is the basis for the success of Pre Orbital gland lure.

Essential Tools For The Pre Orbital Set Up

Before heading afield there are a few things you are going to need. They include: 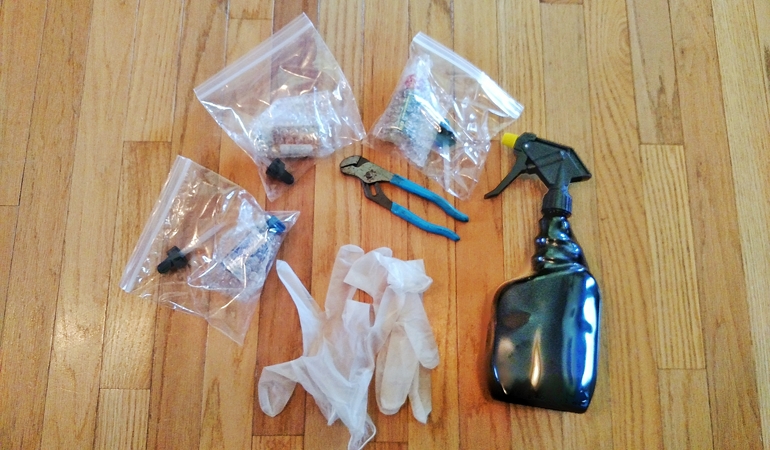 Where To Create A Pre Orbital Gland Lure Trap

When it comes to using whitetail pre orbital gland lure location means everything. Start by looking for high traffic areas that see a lot of deer movement. These are easy to find by the heavy trails. 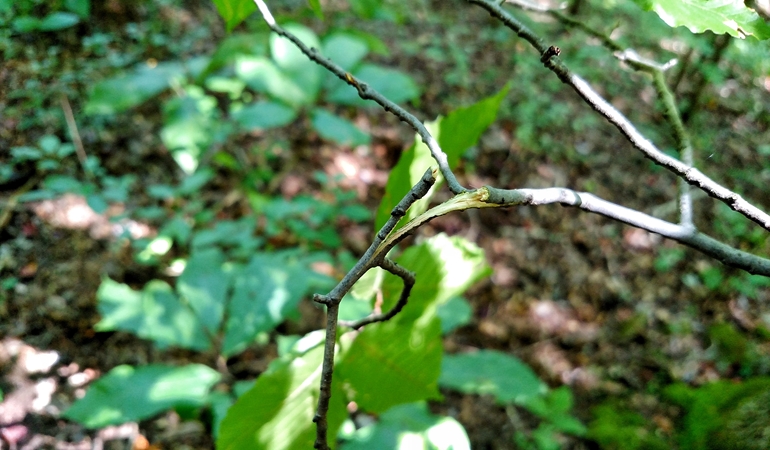 However, don’t be afraid to experiment with areas that you know hold deer but aren’t accompanied by heavy deer trails. After all, mature bucks don’t always follow the norm and they can sometimes move through an area without following the path that “regular” deer use.

Locate a suitable branch, one that is not dead and is very flexible. Break the limb (about chest height) in a way so that it doesn’t fall to the ground but leaves a great amount of surface area exposed.

Next apply 2-3 drops of the Pre Orbital Gland Lure to the exposed fibers of the broken limb. That’s it. 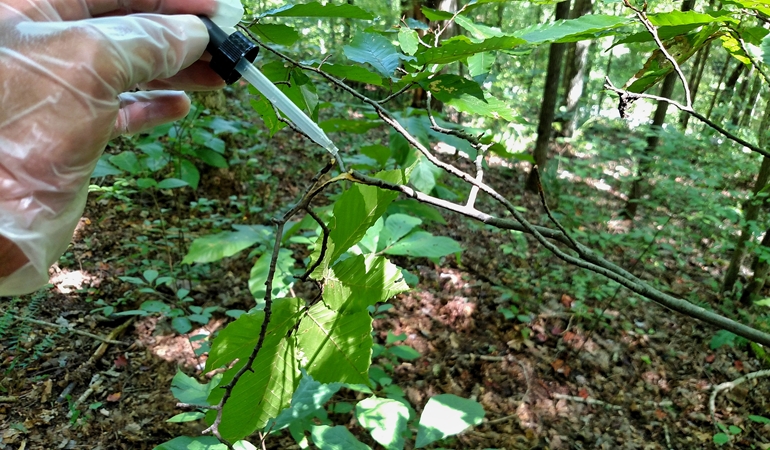 The process isn’t very complicated. However, locating the right spot takes a little forethought. In fact, spend a little extra time contemplating where you will placing your lure.

I like to take my set up a step further by adding deer inderdigital gland lure to the ground underneath the doctored limb. This simply adds another scent to the overall set up and strengthens the illusion that an intruder buck was indeed in the area.

Also, before embarking on the journey into your hunting area make certain that you are as odor free as possible. Treat each trip to your set up as if you were hunting.

Return trips to re-freshen your set up and swap SD cards in your camera should be conducted about ever 10-14 days. Anything sooner will only complicate your ability to fly under the radar.

Where To Get Pre Orbital Gland Lure Scent

I buy my pre orbital gland lure directly from Smokeysdeerlure.com because it is of the highest quality and is NOT a synthetic scent. Simply put it is the real thing made from a single buck. Go online for this and other highly effective lures.

Do you have a favorite technique for luring in early season bucks? If so, let us know in the comment section below. Remember, there is no off season.