It’s natural for any father to want to give his kids the best. A good education, a happy home and a stable environment are just a few of the things we try to provide our children. As parent’s we strive to furnish what’s best.

At the start of the Indiana hunting season I set out to give my son the best. Knowing his desire to harvest a deer with a bow, I had grand visions of a 150-inch buck mounted on my boy’s bedroom wall. Knowing the quality of bucks in our hunting area, my fatherly pride kicked in and I though how awesome it would be to share the story of a trophy whitetail harvested by my 14-yr-old, especially if he accomplished the feat with a bow.

As I contemplated the big picture, reality slowly set in. As a dad, I had to ditch my ego. As I considered what the best things are, I knew there were more important things I had to give him.

The best thing I could give him was an enjoyable time while hunting together. His teen years are but fleeting moments and in a blink of an eye they will be gone. Before you know it he’ll be in college and away from home. The best thing I could do was make indelible memories that both of us will cherish. Moments we will look back on without regret.

As bad as I wanted him to harvest a trophy whitetail, this year was going to be about us having fun. So we hung two Lone Wolf treestands side by side and enjoyed one another’s company. We had good times while 20 foot off the ground. 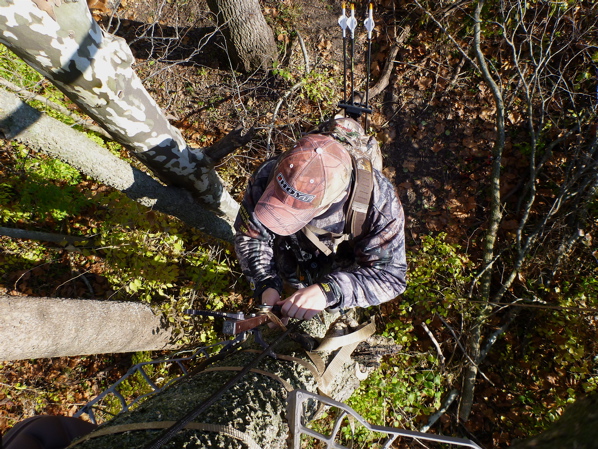 Another best was to teach him proper treestand safety. There is no substitute for being safety conscience. It would be best if I taught him to always wear a safety harness and how to adjust it properly. I also needed to make sure he understood how to remain tethered while climbing up and down the tree. It was best if safety trumped an antler score.

Listening to him talk about harvesting a deer with his bow, I noticed he had some reservations. As confident as he is during a 3D shoot, that confidence wasn’t rolling over into the real world. He was making statements such as “Dad, I just want to make a good shot, do you think I can do it with my bow?”

Watching him practice every day after school, I had no doubt he was proficient. He just needed some confidence. The best thing I could give him was the confidence of having that first bow harvest under his belt. 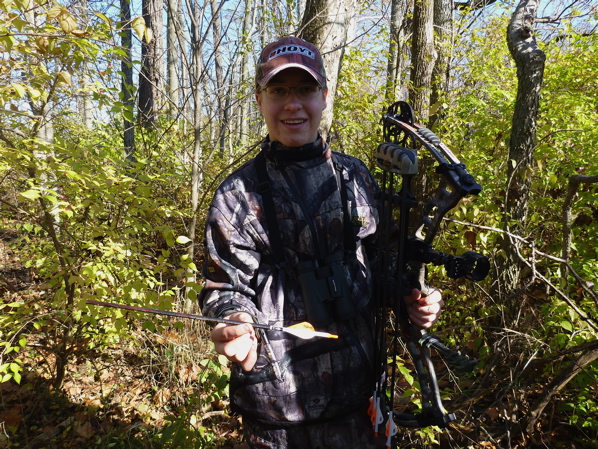 Knowing that confidence comes with a clean shot and quick kill, another ‘best I could give’ was some parameters. We discussed how far we were comfortable with him shooting a deer and set the limit at 30 yards. Although we regularly practice at over 50 yards, there would be no shots taken if he had the slightest of hesitation or was uncomfortable. Only broadside or quartering away shots would be acceptable and when the shot presented itself, I would relay the range so he would know the distance. It would be best for him to have an ethical harvest.

What started out as a cold November morning quickly turned into a rather balmy day. With little deer activity combined with the heat of the warm sun made it a challenge to stay in the stand. Around 11am I sent a text to my wife and told her about the lack of deer activity. Informing her that we were coming home early afternoon to prepare for a dinner invitation that evening, I figured our hunt was over. No sooner had I sent the text when I heard leaves resounding with the familiar cadence of a deer walking. At that instant an excited whisper came from the other side of the tree, “Dad, deer!”

Turning slowly I watched as my son took his bow off the hanger and proceeded to draw. At 20 yards, then 15 yards, now at 10 yards, we both realized this young buck was going to walk right past our tree. Allowing the buck to pass by us for a quartering away shot, I grunted and the deer stood broadside in a shooting lane. 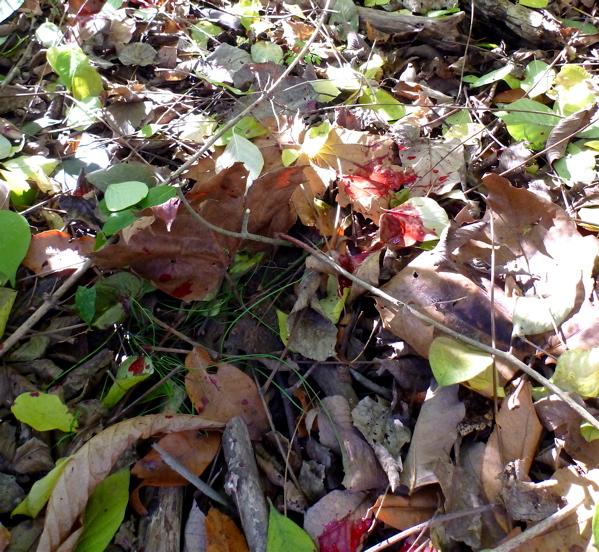 The sound of a string, arrow and running deer made for a beautiful ensemble. Serenaded by crashing brush, we listened to the crescendo with the knowledge that his first bow kill was down. As we smiled and bumped fist, the last image in my mind was a perfectly placed arrow disappearing into the boiler room. This had been best.

There will be no taxidermy bill to pay and no mount on the bedroom wall. A better trophy is the newfound confidence in a 14-yr-old bowhunter that tells him what he needed to know.

So glad I ditched my ego. Some things are just best. 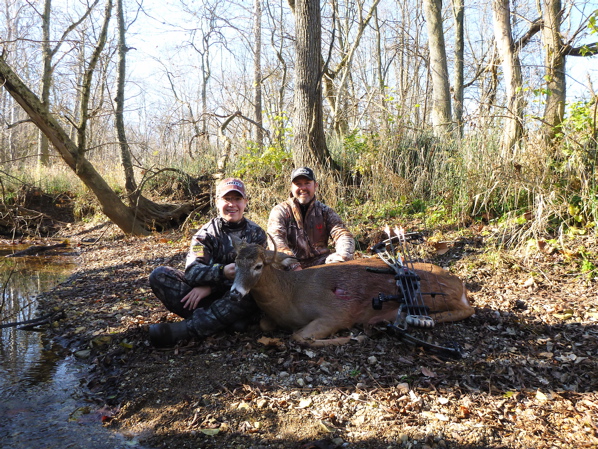