For some time now I’ve been trying to find an optics company that ‘got it.’ What I mean by ‘got it’ is this: So what if a company offers the clearest glass in the universe if the design and features are for birdwatchers. A birdwatcher I’m not, but a hunter I am. So the gear I use must live up to the rigors of hunting and perform without compromise in a variety of hunting situations.

Just this year I sent back a piece of gear that I could not conscientiously do a review on. What the piece of gear claimed to do and how it actually performed were vastly different. Yes, I could have made the manufacturer happy by writing a positive review, but what about all the bowhunters I would have falsely influenced? Not to mention that uncommon word called—integrity. No thanks, item returned!

With that said, let’s take an honest look at the Vortex Ranger 1000 laser rangefinder.

Having worked in the outdoor retailer space has provided me with the opportunity to use a considerable number of high-end optics. From binoculars, spotting scopes to rangefinders, I’ve had the opportunity to demo a variety of optics in both the timbered Midwest to the more open hillsides of the West.

When it comes to rangefinders, the first and foremost item of importance is reliability. I’ve heard several horror stories stemming from a rangefinder that failed to perform at a critical moment. To each his own, but for me personally, owning inferior gear is not an option. When hunting pressured whitetails a single opportunity cannot be forfeited due to a malfunctioning rangefinder.

Since using the Vortex Ranger 1000 rangefinder I’ve not had a single issue. From lowlight conditions, cold weather, wet days and fresh snow, the Ranger 1000 has always been reliable.

The Vortex Ranger 1000 claims to be waterproof and is said to be designed with o-ring seals that prevent any moisture from penetrating the armored body or around the multi-coated lenses. 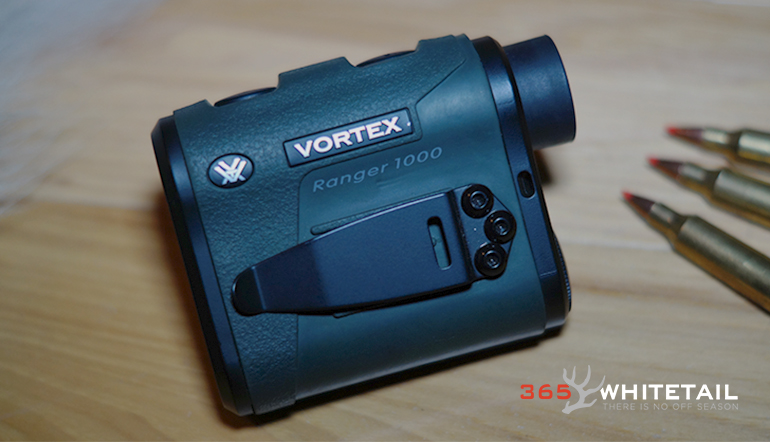 Every bowhunter knows a rangefinder must be consistent in its yardage readings. A false reading of a few yards can result in a total miss of an animal.

Having spent a considerable amount if time behind a variety of high-end rangefinders, I’ve seen some of the most expensive rangefinders fail during light rain or fog. Any environmental factors that can disperse the rangefinder’s light beam, such as rain, fog or snow normally affect yardage readings and make a rangefinder virtually useless.

One of the most impressive aspects of the Vortex 1000 Ranger is how it has performed in a light mist/drizzle. The Ranger 1000 has ranged up to 330-yards in a constant light drizzle. And while ‘light drizzle’ is subjective, the Ranger 1000 outperformed other rangefinders I have used in the same weather conditions.

Another impressive aspect of the Vortex Ranger 1000 is its ranging ability. The farthest range achieved with the Ranger 1000 is 995-yards. I was impressed to say the least. Now I’m really excited to test the Ranger’s limits while doing some late winter predator hunting. 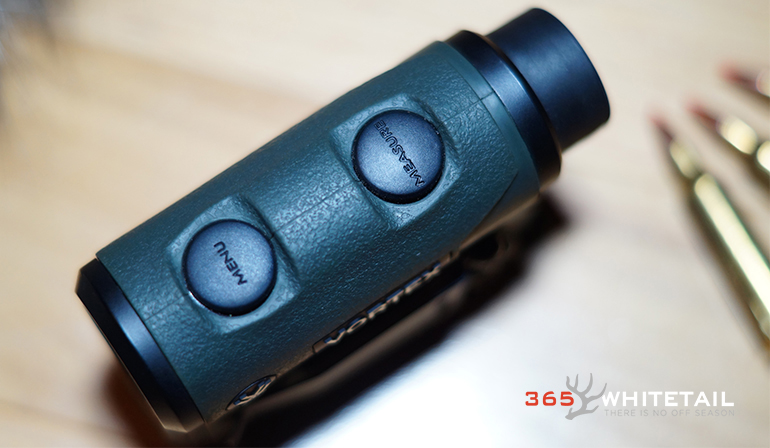 The one thing I did notice about the Vortex Ranger 1000 was its readings were not processed as fast as some other rangefinders I have used. Again, ‘not as fast’ is subjective and we are talking about less than a second.

Less than a second for a yardage reading at almost 1000 yards is still well within reason. I’m just being honest about our experience with the Vortex Ranger 1000 and informing the potential buyer of what to expect should they purchase the Ranger.

The Vortex Ranger 1000 provides more than adequate features for both the bowhunter and long-range shooter. As someone who prefers a red LED instead of the a black LCD, the Vortex offers not only a ‘bright’ red LED but it is fully adjustable should the user prefer to adjust the light to a dimmer setting.

It’s Horizontal Component Distance (HCD) mode offers treestand hunters or those who hunt in steep terrain, angle compensated ranges for either uphill or downhill shots. The Ranger 100 also features a scan mode that allows ‘tracking’ of a moving animal by simply holding down on the ‘measure’ button.

The Vortex Ranger 1000 also comes with a reversible/removable attachment clip, CR2 battery, lanyard and can be attached to a tripod. I can’t think of another feature that I would need or want on the Vortex Ranger 1000. For my style of hunting, the Ranger 100 has it all. 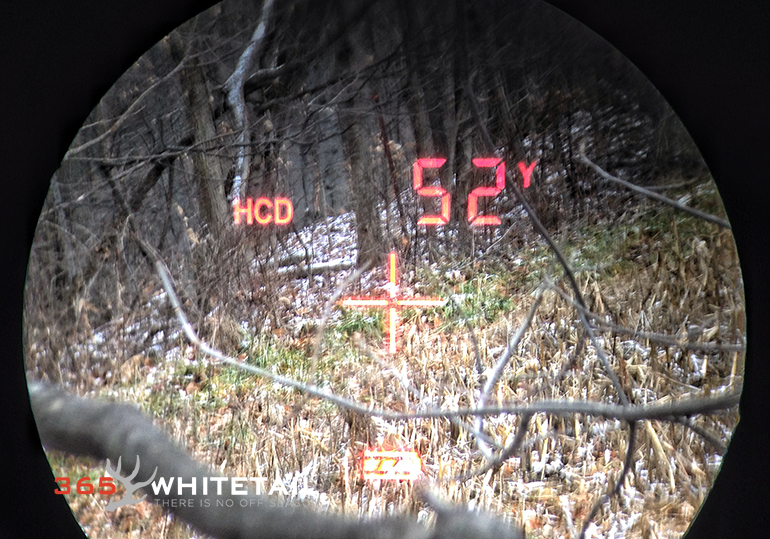 The setup of the Vortex Ranger 1000 was simple and its menu easily accessible. Changing between Horizontal Component Distance (HCD) and Line of Sight (LOS) modes is quick and not at all difficult.

To use the Ranger 1000 requires a simple press of the measure button to turn on the unit and a second press to acquire the yardage.

The Vortex Ranger 1000 comes with the Vortex VIP warranty. VIP stands for Very Important Promise. This means Vortex will repair or replace your rangefinder in the event it becomes damaged or defective.

The VIP warranty means there is no warranty card to fill out, nor receipt to hang on to. This warranty is also lifetime, unlimited and unconditional. Plus it’s fully transferable.

How can you go wrong with a deal like that?

For more information check out the Vortex Ranger 1000 here.. 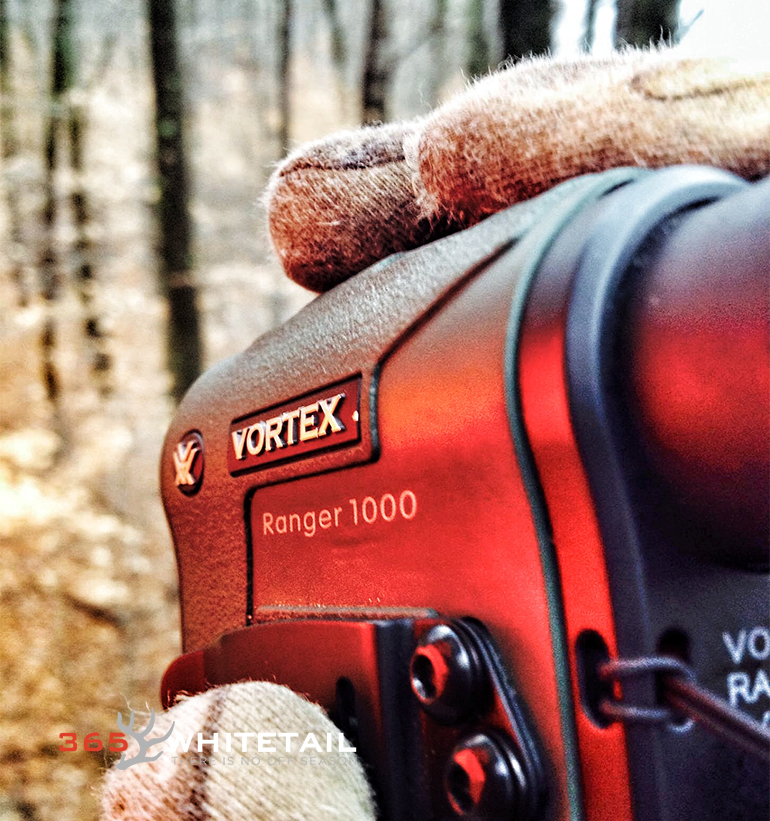